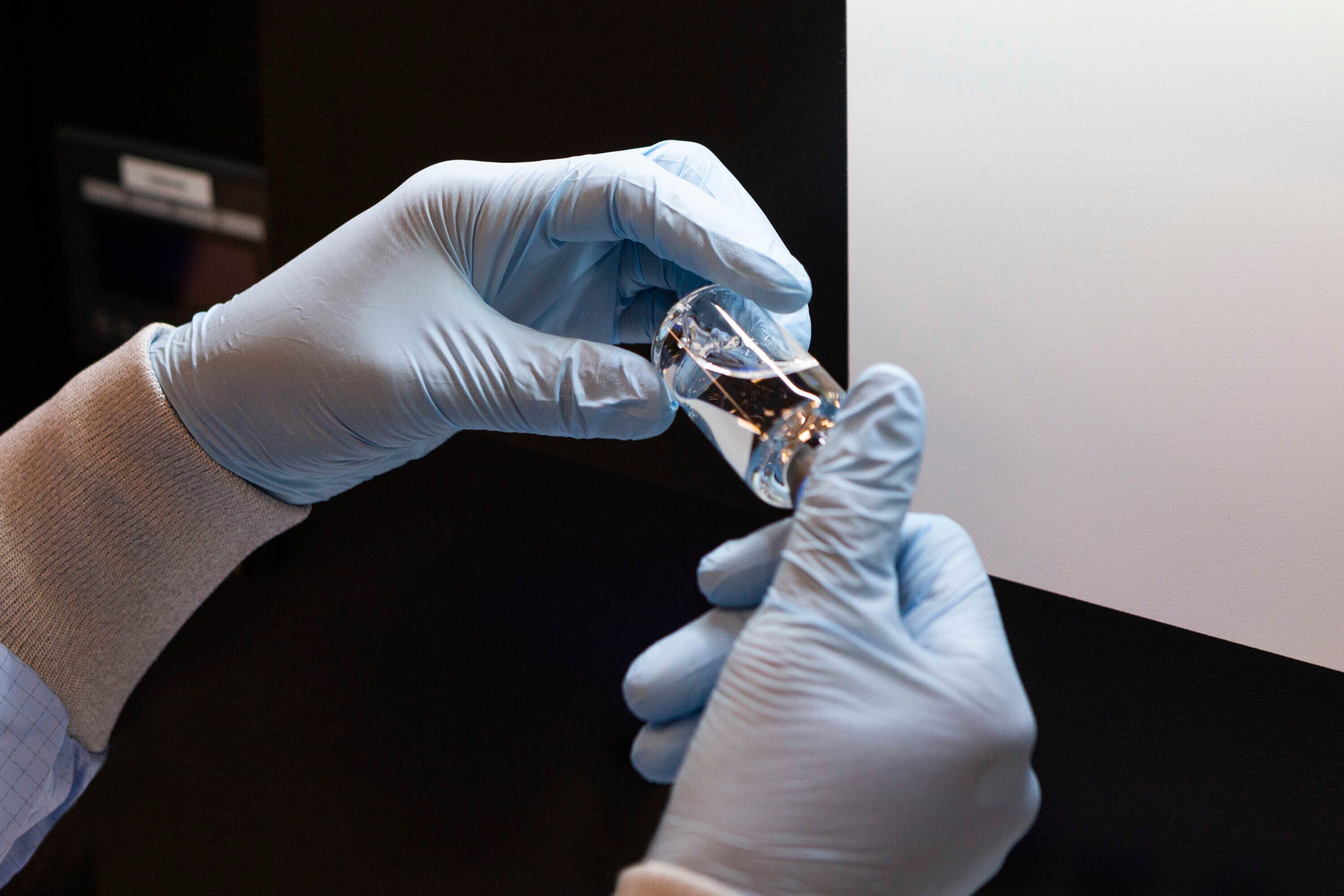 The new coronavirus made Dr. Jag Singh a patient at his own hospital. His alarm grew as he saw an X-ray of his pneumonia-choked lungs and colleagues asked his wishes about life support while wheeling him into Massachusetts General's intensive care unit.

When they offered him a chance to help test remdesivir, an experimental drug that's shown promise against some other coronaviruses, "it did not even cross my mind once to say 'no,'" said Singh, a heart specialist.

Coronavirus patients around the world have been rushing to join remdesivir studies that opened in hospitals in the last few weeks.

Interest has been so great that the U.S. National Institutes of Health is expanding its study, which has nearly reached its initial goal of 440 patients. The drug's maker, California-based Gilead Sciences, is quickly ramping up its own studies, too. 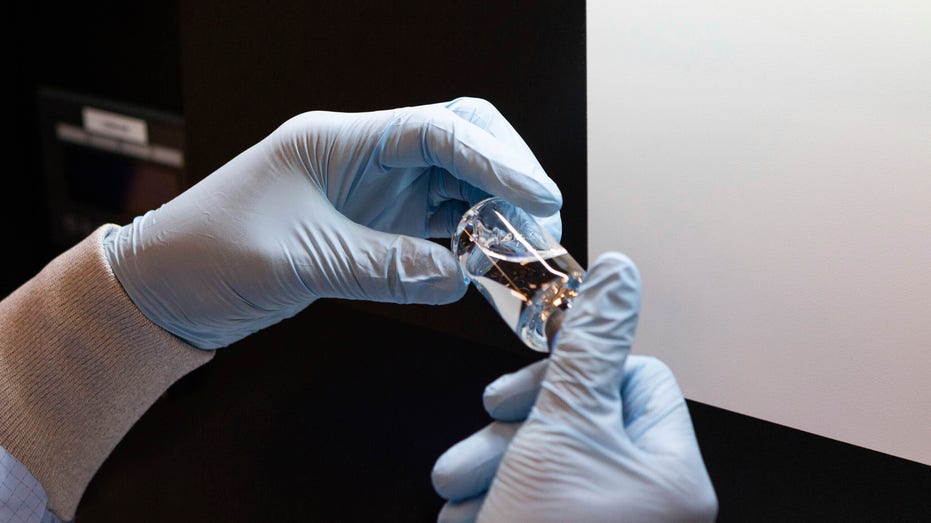 In this March 2020 photo provided by Gilead Sciences, a vial of the investigational drug remdesivir is visually inspected at a Gilead manufacturing site in the United States. Given through an IV, the medication is designed to interfere with an enzyme

"I would enroll my family in a heartbeat" if the need arose, said Dr. Libby Hohmann, who placed Singh and nearly 30 others in the NIH one at Mass General. To have no approved medicines for COVID-19 now is "kind of terrifying," she said.

For most people, the new coronavirus causes mild or moderate symptoms, which can include fever and cough but sometimes pneumonia requiring hospitalization. The risk of death is greater for older adults and people with other health problems.

Remdesivir is given through an IV. It's designed to interfere with an enzyme that reproduces viral genetic material.

In animal tests against SARS and MERS, diseases caused by similar coronaviruses, the drug helped prevent infection and reduced the severity of symptoms when given early enough in the course of illness. It's farther along in testing than many other potential therapies and the current studies could lead to regulatory approval.

Gilead has given remdesivir to more than 1,700 patients on a case-by-case emergency basis, but more people ultimately will be helped if the company does the needed studies to prove safety and effectiveness, chief executive Dan O'Day wrote in a recent letter to the public.

"Many people have reached out to Gilead to advocate for access to remdesivir on behalf of friends and loved ones. I can only imagine how it must feel to be in that situation," he wrote. "We are taking the ethical, responsible approach." 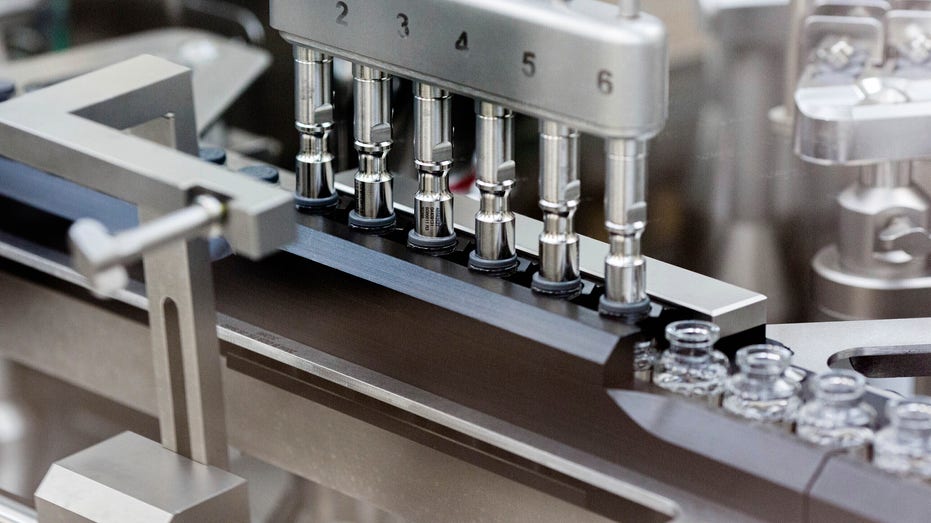 In this March 2020 photo provided by Gilead Sciences, rubber stoppers are placed onto filled vials of the investigational drug remdesivir at a Gilead manufacturing site in the United States. Given through an IV, the medication is designed to interfer

Gilead supplied remdesivir for two studies in China expected to give results by the end of the month. It also launched two studies for hospitalized patients in the U.S., Asia, Europe and elsewhere. One in severely ill patients tests five versus 10 days of treatment. Another in moderately sick patients compares those two options to standard care alone.

"There's so much anxiety about the disease that the patients are quite interested" and no one offered the chance has refused, said Dr. Arun Sanyal, the study leader at Virginia Commonwealth University in Richmond.

The first patient he enrolled was a previously healthy middle-aged man who had an out-of-state visitor a few days before his symptoms began. What started as mild illness escalated to profound shortness of breath requiring supplemental oxygen.

The NIH study is the most rigorous test. It compares remdesivir to placebo infusions, and neither patients nor doctors know who is getting what until the end of the study. Besides the U.S., it's open in Japan, Korea and Singapore.

In Chicago, an 89-year-old man was Northwestern Memorial Hospital's first participant and "the family was very excited" to have him included, said infectious diseases chief Dr. Babafemi Taiwo.

At the University of California, Irvine, Dr. Alpesh Amin has enrolled several patients. All are getting standard care even if they wind up getting a placebo rather than remdesivir, Amin said.

The Boston cardiologist, Singh, said he was willing to take that chance to advance science even if he personally winds up not benefiting. He's now recovering at home after spending a week in the hospital.

"The word 'placebo' freaks some people out," but rigorous testing is needed to avoid giving false hope or using something unsafe. Still, it's tough to face patients with no proven therapy now, Hohmann said.

"The worst thing is seeing some really young people who are really, really sick," such as a 49-year-old man with three young children on life support, she said. "That's pretty awful."