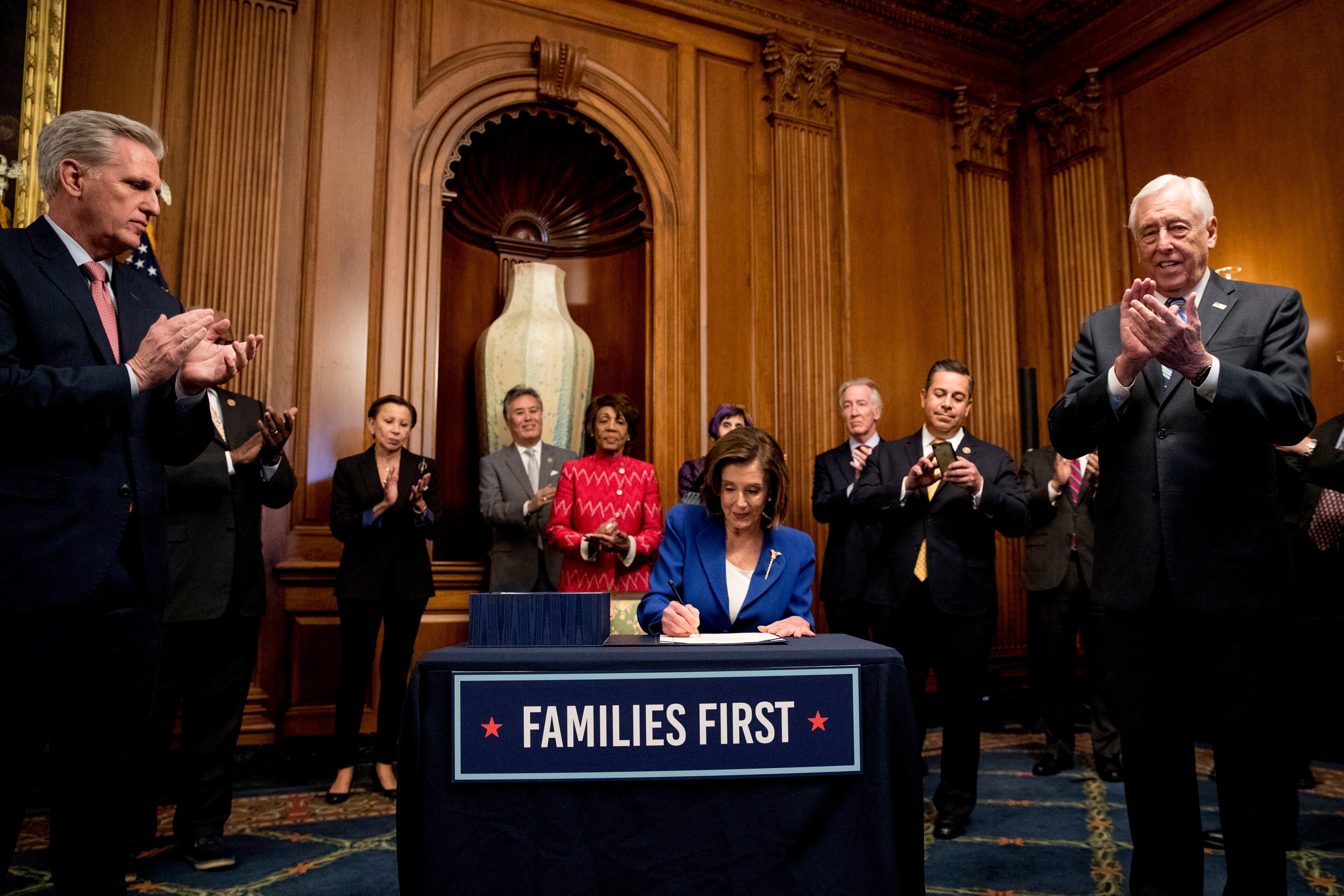 As lawmakers rushed to pass a massive coronavirus stimulus package to prevent the U.S. economy from nose-diving, lobbyists, special interest groups and industries battered by the pandemic began their own push to shape the legislation.

The House on Friday passed the $2 trillion bill, the largest relief plan in recent memory, which includes $500 billion for distressed companies; up to $1,200 checks for adults who earn less than $99,000 annually, major expansion of unemployment benefits, money for hard-hit hospitals and financial help for small businesses. It now heads to President Trump, who promised to sign it "immediately."

The package also includes a grab bag of home-state favors and rewards for special interest groups.

One provision speeds up the Food and Drug Administration’s ability to approve sunscreen products (made in Florence, Kentucky, by L’Oreal) and over-the-counter drugs. According to Politico, Senate Majority Leader Mitch McConnell was the guiding force behind that addition. Aides to McConnell, however, told FOX Business that he did not push for the provision and that it was the result of a bipartisan working group that was focused on reforming over-the-counter medications.

The agreement would also provide $150 billion for state and local governments, with no state receiving less than $1.5 billion. Sen. Patrick Leahy, D-Vt., the top Democrat on the Senate Appropriations Committee, told reporters this week that he pushed for a minimum assistance figure for every state to ensure that small states like his own weren’t left behind.

“Vermont had a front seat in writing and negotiating this bill,” Leahy said in a statement. “I am pleased that Vermont will receive this critical assistance, and know more will need to be done.”

States have been hammered by a deluge of unemployment claims and a sudden drop in tax revenue as the virus forces American life to come to a near standstill.

The bill also designated $25 million for the Kennedy Center for the Performing Arts in Washington; $13 million for Howard University and $75 million for the National Endowment for the Humanities. Another $50 million went to the Institute of Museum and Library Services, which distributes funds to museums and libraries.

Student loan borrowers will also receive new tax benefits in the final package. Under the bill, a company could pay up to $5,250 of an employee’s student loan payments each year on a tax-free basis — a provision that stemmed from a bipartisan movement on Capitol Hill. Sens. John Thune, R-S.D., and Mark Warner, D-Va., Reps. Rodney Davis, R-Ill., and Scott Peters, D-Calif., large employers and college groups fought for the inclusion of the amendment, according to Politico.

Hospitals are one of the big beneficiaries in the bill, receiving about $100 billion in funding as they look for assistance and resources to combat COVID-19, the disease spread by the novel coronavirus. Senate Minority Leader Chuck Schumer, whose closely tied super PAC is bankrolled by New York hospitals, according to the Center for Responsive Politics, pushed to secure those funds.

Casinos, among the businesses forced to close their doors in an effort to mitigate the spread of COVID-19, also successfully lobbied Capitol Hill to be included in the relief plan. They’re allowed to apply for portions of the $350 billion in small business loans if they employ fewer than 500 people and need less than $10 million. Otherwise, larger casinos can apply for $454 billion in loans backed by the Treasury Department.