Coronavirus-related unemployment skyrockets in US 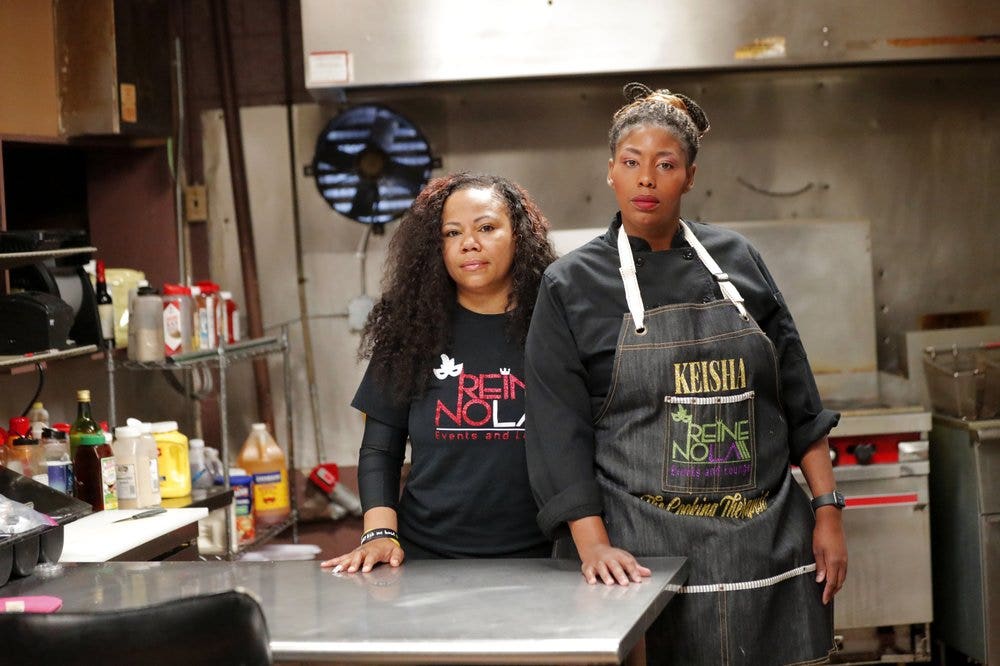 Barely a week ago, David McGraw was cooking daily for hundreds of fine diners at one of New Orleans’ illustrious restaurants.

Today, he’s cooking for himself, at home — laid off along with hundreds of thousands of people across the U.S. in a massive economic upheaval spurred by efforts to slow the spread of the coronavirus.

U.S. Department of Labor figures to be released Thursday are expected to shatter the old record for the greatest number of new unemployment claims filed in a single week. There are more suddenly jobless Americans than during the Great Recession. And more than in the aftermath of major natural disasters such as hurricanes, fires and floods.

But McGraw, and others like him, don’t need official numbers to understand the new realities of life in one of the nation’s hot spots for the virus that causes the COVID-19 disease. 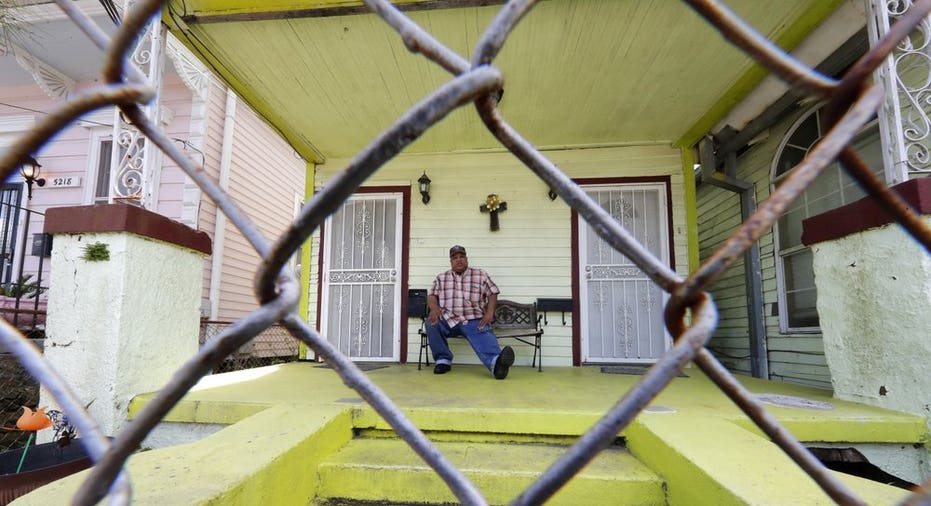 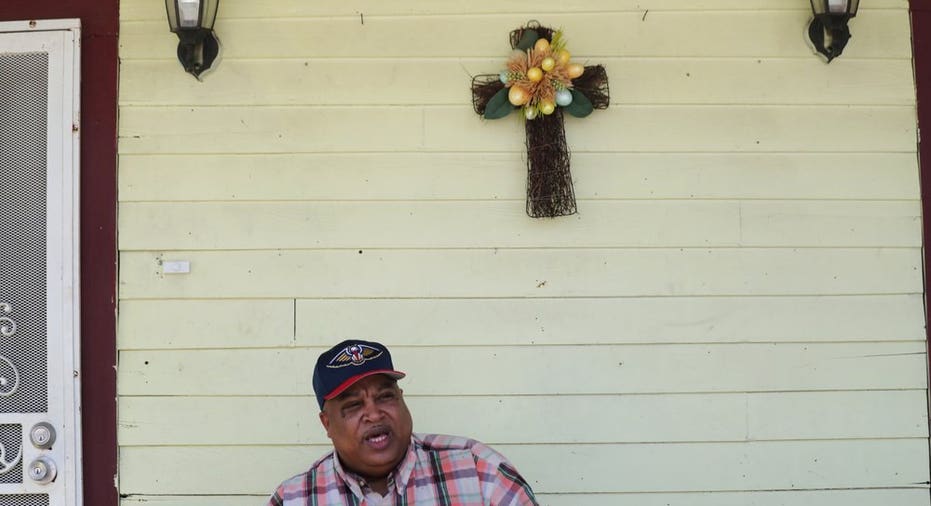 In this March 24, 2020, photo, David McGraw poses for a portrait as he sits on his front porch in New Orleans. Barely a week ago, McGraw was cooking daily for hundreds of fine diners at one of New Orleans’ illustrious restaurants. Today, he’s cooking for himself, at home, laid off along with hundreds of thousands of people across the U.S. due to the coronavirus. (AP Photo/Gerald Herbert)

“The whole city, laid off. Everybody,” said McGraw, using an exaggeration that didn’t seem like much of one. “Everybody who worked at a restaurant is laid off.”

Restaurants, hotels, airlines, automakers and entertainment venues all have been hit hard as cities, states and entire countries have ordered the closure of non-essential businesses and directed residents to remain at home.

The goal is to prevent the spread of the new coronavirus. For most people, it causes mild or moderate symptoms, such as fever and cough that clear up in two to three weeks. But for some, especially older adults and people with existing health problems, it can cause more severe illness, including pneumonia and death.

Virus precautions have affected the worldwide economy. Companies in Europe are laying off workers at the fastest pace since the global financial crisis in 2009, according to surveys of business managers.

Official labor statistics for Europe are not yet out, but companies have been announcing tens of thousands of job cuts, both permanent and temporary. The rise in joblessness may not be as sharp as in the U.S., however, because it is harder to fire workers in Europe, where many governments are supporting companies financially to keep workers on partially paid leave.

Some economists project that the U.S. could see around 3 million new unemployment insurance claims when figures are released for the week of March 15-21. That would be around 12 times as many as the previous week.

“It’s going to be an astronomical increase,” said Constance Hunter, president of the National Association for Business Economists and chief economist at the accounting firm KPMG. “We don’t have any recorded history of anything like this.”

In Labor Department records dating to 1967, the largest seasonally adjusted one-week number of new unemployment insurance claims was 695,000 in October 1982, when the national unemployment rate was around 10%.

Before coronavirus concerns escalated this month, the U.S. unemployment rate had been at a 50-year-low of 3.5%

That is certain to rise as the number of laid-off workers soars.

Louisiana has one of the highest per capita counts of coronavirus cases in the U.S. Democratic Gov. John Bel Edwards has ordered nonessential businesses to close, limited restaurants to takeout and delivery, banned gatherings over 10 people and called on residents to remain at home.

New Orleans restaurant owner and caterer Keisha Henry said she lost $10,000 in revenue last week after three big functions she was slated to cater ended up canceling. Meanwhile, she still has expenses related to launching a bar and lounge six months ago. Henry said she had to lay off several employees. 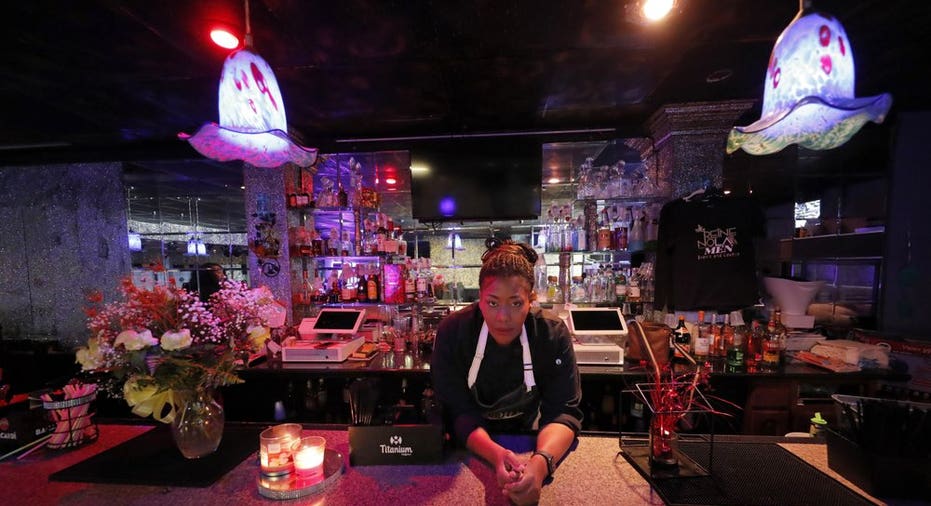 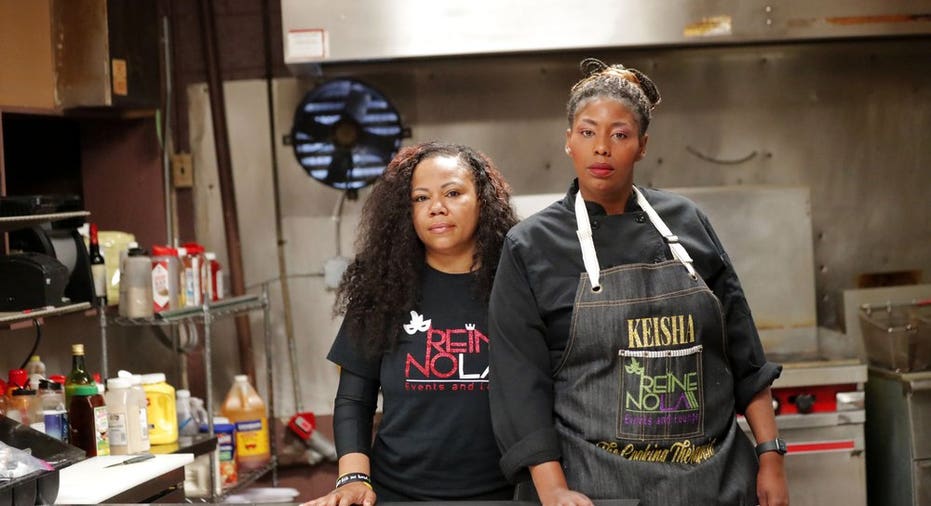 In this Tuesday, March 24, 2020, photo, Keisha Henry poses for a portrait inside her lounge and catering business in New Orleans. Meanwhile, she still has expenses related to launching a bar and lounge six months ago. (AP Photo/Gerald Herbert)

“I wish I could just keep them on and pay them, but being a small business, I don’t have enough capital to pay for the employees when we are not putting out a product,” she said.

Workers can seek unemployment benefits from their home state immediately after losing their jobs. But it typically takes two to three weeks before they receive any money, because state agencies first have to contact their former employers to verify their work history and then calculate the amount of their weekly benefits based on their previous wages.

That wait for cash could last longer because of the sudden spike in unemployment claims. People should expect “that first benefit payments will take much longer than 21 days,” California’s Legislative Analyst’s Office warned earlier this week.

Until last week, many state unemployment agencies had been staffed to handle a comparative trickle of claims. Now they are scrambling to add workers to handle the influx.

“Nobody can ramp up that fast without a little bit of a hiccup,” said Michele Evermore, a senior policy analyst at the National Employment Law Project, a New York-based group that advocates for low-wage workers and the unemployed.

Legislation signed last week by President Donald Trump could distribute $1 billion among states to help with the administration of unemployment claims. But it could take a while for that money to reach the states.

Under legislation pending Wednesday in Congress, unemployed workers would get whatever amount a state usually provides for jobless benefits, plus a $600 per week add-on funded by the federal government.

Many recently unemployed workers have reported frustrations with jammed phone lines and overloaded internet sites as they try to apply for unemployment aid.

Corey Rickmers, of Rockville, Maryland, was furloughed last week from his job as a digital engagement manager for a publishing company. This was his first time filing for unemployment benefits, and his claim was complicated by the fact he had previously worked out of state.

Rickmers said it took several hours of phone calls on Monday before he finally reached a person who could help him at the state’s labor department.

“The process is frustrating,” he said. “I can only imagine what millions of people around the country … are having to fight for right now.”

Florida Gov. Ron DeSantis, a Republican, said a recent survey of more than 6,600 businesses in his state showed more than half of them have laid off employees. Normally, the state’s Department of Economic Opportunity receives between 250 and 1,000 unemployment claims a day. But DeSantis said the agency received 21,000 claims on Monday.

“We are working on getting them the relief,” DeSantis said. “But, man, that’s not only going to have an economic cost, that will have a health cost unless we work hard to remedy that as soon as possible.”

Rene Morgan, a web developer who lives in Davie, Florida, is among those filing new claims. 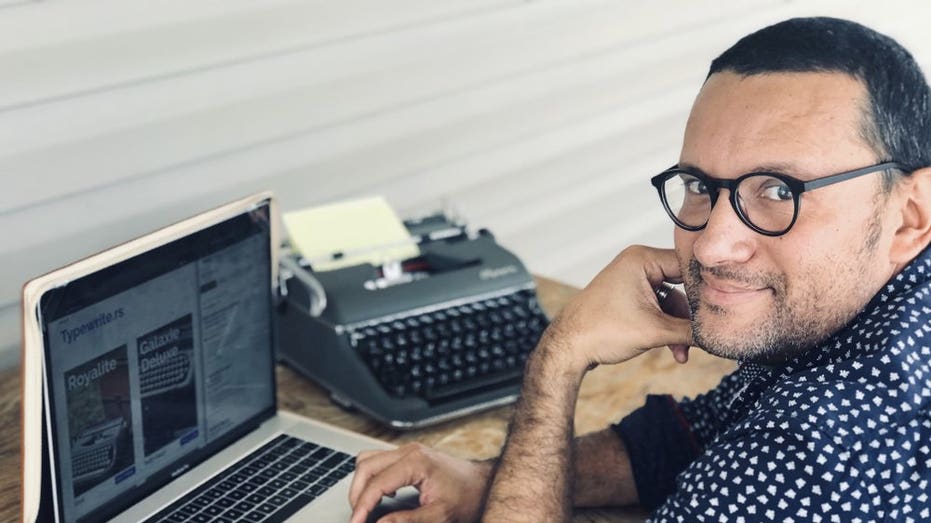 In this March 24, 2020, photo provided by Laiza Morgan, her husband Rene Morgan sits at his home in Davie, Fla. He had been working for only a couple of weeks at a biotechnology startup when he was let go earlier this month after the company’s supply

He had been working for only a couple of weeks at a biotechnology startup when he was let go earlier this month after the company’s supply chain from China was disrupted by the coronavirus crisis. He is putting his collection of iconic typewriters for sale on eBay to make money to pay rent while he waits to receive unemployment benefits from the state.

“I check back every day, and it keeps saying that my application is being processed,” Morgan said.