Fed’s Bullard: Another coronavirus economic relief bill might not be needed 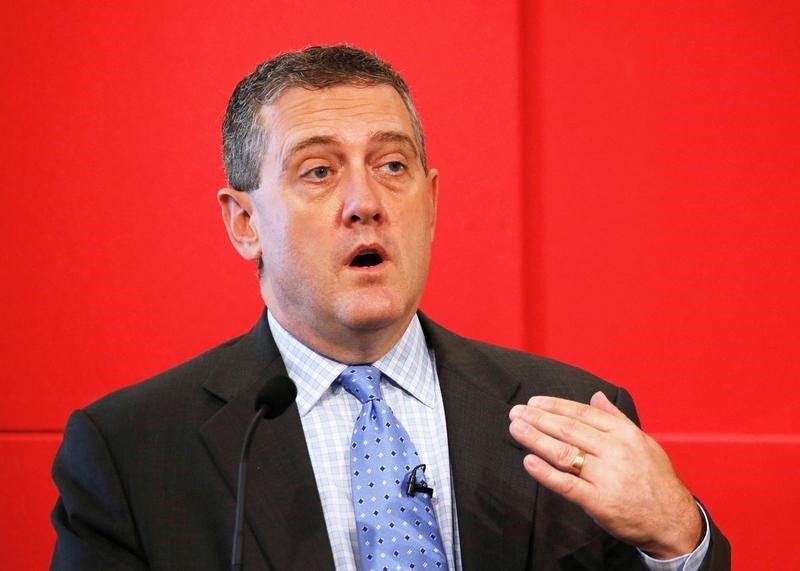 WASHINGTON (Reuters) – A top official at the U.S. Federal Reserve said on Sunday the $2.3 trillion economic relief bill approved by Congress was appropriately sized and that a further relief effort may not be needed if support efforts are well executed.

“I felt like this one was well-sized for the situation,” St. Louis Federal Reserve Bank President James Bullard told CBS’ “Face the Nation” when asked if further legislation would be needed.

“I think you’ve got the right amount of resources,” he added. “The challenge is how are you going to get that to the right people that really have been disrupted. That’s the execution risk that you have here.”

U.S. lawmakers have said they plan to push forward with further legislation to respond to the pandemic.

Senate Republican leader Mitch McConnell told the Associated Press on Friday he would like the next relief bill to focus on healthcare, while House Speaker Nancy Pelosi – the top congressional Democrat – has said lawmakers need to focus on further economic relief.

If relief efforts are well-executed, there was no reason to think the U.S. economy could not have a sharp rebound, Bullard said. “There’s nothing wrong with the economy itself,” he said, noting that people have been asked to stay at home.

Bullard said a move to universal testing for COVID-19, the respiratory illness caused by the novel coronavirus, could help spur recovery by offering clarity on who could move about freely and fully participate in the economy.

He also said an emergency small business lending program that is a key part of the last economic relief bill could be quite helpful.

“I think there is a lot of potential for that program to be successful,” Bullard said.

That program got off to a rocky start on Friday, with some large banks saying they were not ready to start processing applications.