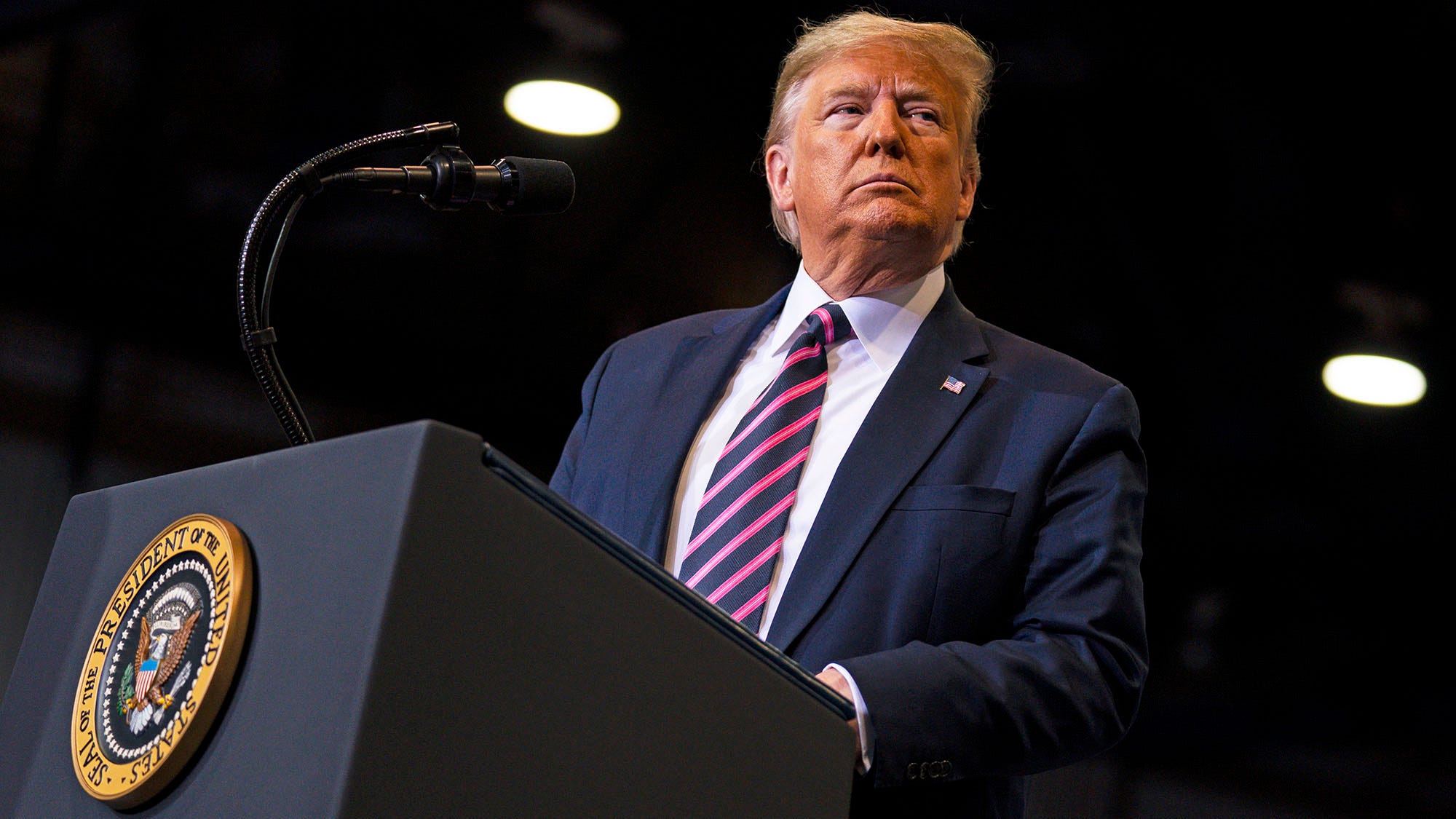 Amplifying a tweet he wrote Tuesday, President Trump reiterated his call for a $2 trillion bill that would renovate the nation's roads, bridges and other infrastructure as part of the next stimulus package Congress is now looking to pass to stem the economic fallout from the novel coronavirus pandemic.

At the White House's daily coronavirus task force meeting, Trump was asked about implementing an infrastructure plan — which has been talked about in Congress and within his administration since he took office.

"So the plan was the Republicans had a plan of about 750 [million]," Trump said, "The Democrats were a little less than a trillion and I’m suggesting two trillion dollars. We redo our roads, our highways, our bridges, we fix up our tunnels."

Low-interest rates are part of the appeal, the president said, but was quick to warn that he is only interested in traditional infrastructure. "That doesn’t mean we’re going to do the Green New Deal cause I won’t do it. I won’t approve it," Trump declared adding he has no interest in such a plan where they "spend 40 percent of the money on things people just have fun with."

While a comparison was made to the controversial "shovel ready" infrastructure stimulus plan that President Obama instituted in 2008-09 during the "Great Recession," Trump said  "Well the problem with that one is they had maybe shovel ready jobs or maybe not. But they never used it for the purpose of infrastructure. So far nobody has been able any money that was spent on infrastructure.”

House Speaker Nancy Pelosi says she wants the House to be ready as soon as it returns to approve a fourth bill boosting the economy and strengthening the response to the virus.

Pelosi, D-Calif., and two House committee chairmen told reporters they want the package to improve broadband and water infrastructure, bolster hospitals and state and local governments and extend direct payments to Americans. They said it should also strengthen safety requirements for first responders and medical workers and broaden workers' leave for caring for relatives.

The House left Washington on Friday after approving the $2.2 trillion economic relief bill that Trump has signed, and plans to return as soon as April 20.

GET THE LATEST CORONAVIRUS COVERAGE BY CLICKING HERE