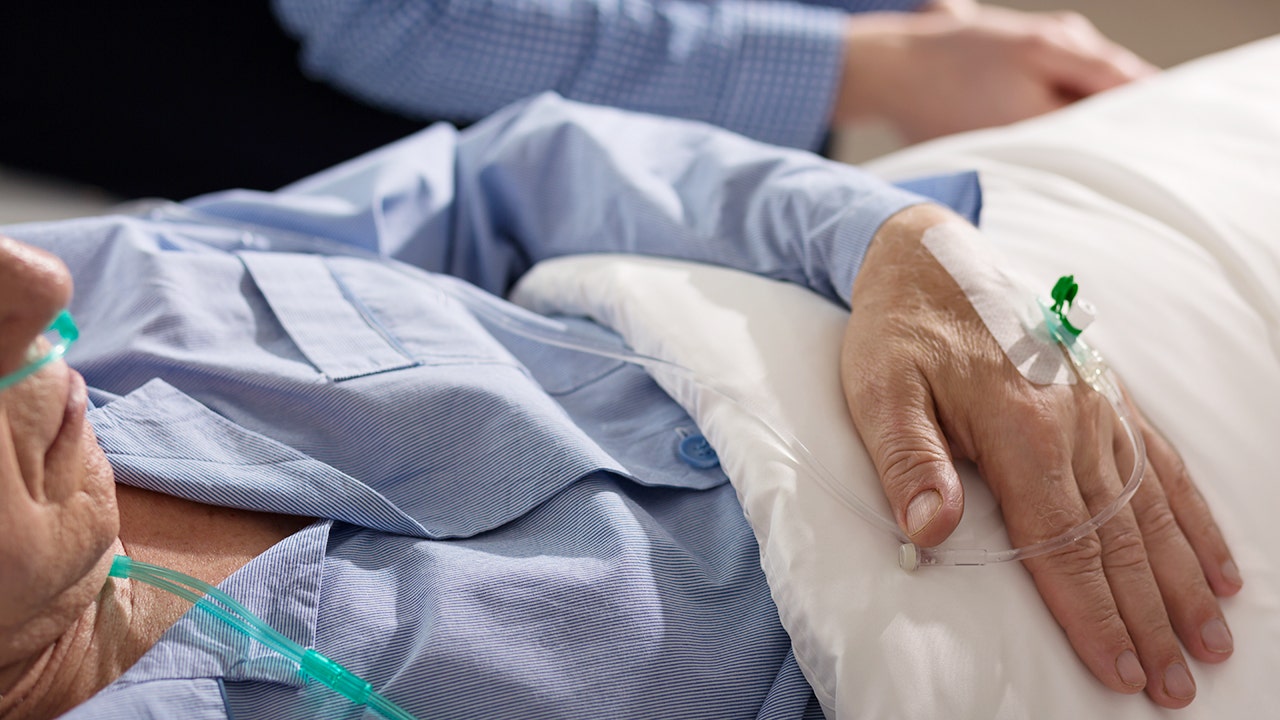 Nursing homes across the country have been in lockdown for weeks under federal orders to protect their frail, elderly residents from coronavirus, but a wave of deadly outbreaks nearly every day since suggests that the measures including a ban on visits and daily health screenings of staffers either came too late or were not rigorous enough.

Recent outbreaks in Tennessee, New Jersey, Ohio, West Virginia and Maryland have pushed the death toll at the nation's nursing homes to at least 450 and highlight the biggest gap: Screenings of doctors, nurses, aides and other workers do not involve actual testing but the taking of temperatures or asking health questions that still allow infected, asymptomatic people to slip through.

"It's still been like Swiss cheese with people coming in and out of there, and thus you've got these explosions in senior facilities," said John BaRoss of Long Valley, New Jersey, who recently pulled his 85-year-old mother out of an assisted-living center out of fear of infection.

After an outbreak of 100 infections and four deaths at the Gallatin Center for Rehabilitation and Healing outside Nashville, Tennessee — where the National Guard was called in to help evacuate the facility — Sumner County Mayor Anthony Holt blamed staff members who came to work despite showing symptoms for COVID-19 and "exposed a lot of patients." 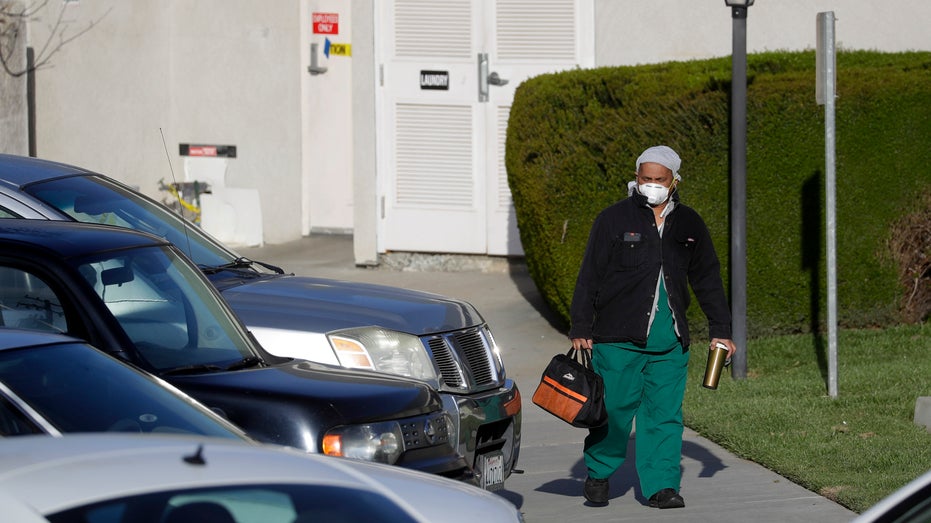 "Things got out of hand," Holt told the Associated Press. "Once employees became symptomatic, they should have asked them to go home immediately and called the health department. I don't think that occurred."

HOW TO GET YOUR CORONAVIRUS STIMULUS CHECK

After an outbreak near Dayton, Ohio, killed six people and infected nearly 50 at a pair of nursing homes less than 10 miles apart, health officials began scrutinizing medical specialists such as phlebotomists and respiratory therapists who work in multiple facilities a day. One such health worker who visited both homes tested positive for COVID-19.

In Maryland, Gov. Larry Hogan said an outbreak that spread like "wildfire" at a Mount Airy nursing home, killing five and infecting 77, apparently began with an asymptomatic health worker who made it past a temperature check screening and "infected the population."

Some relatives of those at the Sundale nursing home in Morgantown, West Virginia, where 29 residents and staff have tested positive, say more should have been done to keep coronavirus out before the federal restrictions took hold in mid-March. 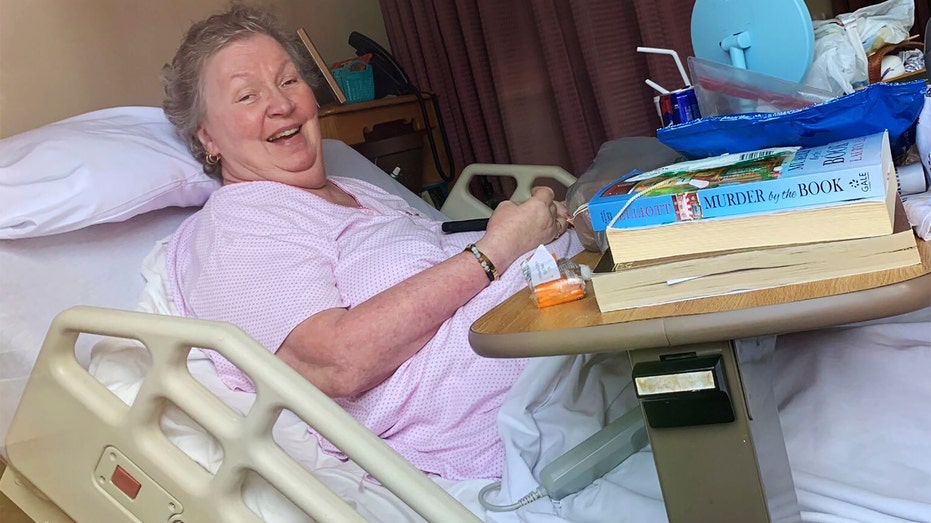 "The day before the shutdown, we just walked in wherever. There was no sign-in. There was nothing," said Courtney Templeton about her last visit to her 69-year-old mother.

CAN RETIREES GET STIMULUS CHECKS?

Templeton also faults the home for not testing residents fast enough and not keeping healthy ones separate from those just back from a nearby hospital showing COVID-19 symptoms, including her mother’s roommate.

"She came back coughing and had a fever," Templeton said of a visit two weeks ago, after which she began begging the home to protect her mother. "Can't you keep the incoming patients separate? Can't you keep them quarantined for 14 days?"

Last week, Templeton got word both the roommate and her mom had the disease.

Though the federal government has not been releasing a count of its own, an AP tally from media reports and state health departments indicate at least 450 deaths and nearly 2,000 infections have been linked to coronavirus outbreaks in nursing homes and long-term care facilities nationwide.

And for the nation’s more than 15,000 such facilities and the 1 million people who live in them, experts say the situation could get worse before it gets better.

They say the crisis has only deepened a chronic staffing shortage at nursing homes because more workers are self-quarantining or staying home with their children. There is still not widespread testing of staff or patients, and shortages of masks and other protective gear persist.

"It's an emergency situation, and it's just been totally neglected in all the national policy," said Charlene Harrington, a professor emerita at the University of California San Francisco and former state health official. "They're not focusing on the fact that these are the most vulnerable of people in the whole country." 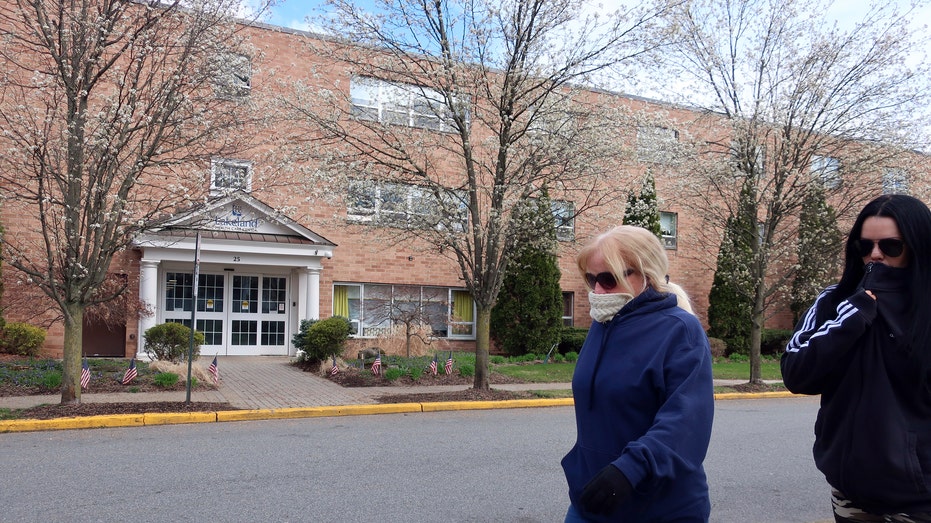 And even more ominously, overcrowding in hospitals has some states seeking to force nursing homes to take patients who are recovering from COVID-19, raising fears they could spread it to residents inside.

New York issued a statewide advisory last week forbidding nursing homes from denying residents admission "solely based on a confirmed or suspected diagnosis of COVID-19," California told its nursing homes to make similar preparations. Massachusetts announced plans to designate specific nursing homes as care centers for COVID-19 patients — a move that has set it apart from other states.

"Sending hospitalized patients who are likely harboring the virus to nursing homes that do not have the appropriate units, equipment and staff to accept COVID-19 patients is a recipe for disaster," said Mark Parkinson, president of the American Health Care Association.

Federal directives on nursing home coronavirus prevention followed the nation’s biggest outbreak in one place, the deaths of 40 at the Life Care Center nursing home near Seattle. A government inspection found infections at the home and others nearby were likely caused in part by employees working while sick.

A March 13 order from the Centers for Medicare and Medicaid Services says nursing homes should immediately halt visitors and nonessential workers, cancel communal dining and group activities, and actively screen residents and staff for fever and respiratory symptoms.

But the order did not mandate regular testing of staffers, which nursing home providers and advocates say is not possible or practical because of the limited availability of tests and delays in getting results.

“In an ideal world, would everyone have been screened with COVID tests? Of course. But this is all we could do,” said Kathleen Hill O’Neill, a nursing home consultant and instructor at the University of Pennsylvania.

The restrictions have done little to slow the daily drumbeat of new infections.

“Coronavirus in a nursing home is like fire in dry grass,” New York Gov. Andrew Cuomo said this week.

To be sure, infections of all kinds in nursing homes are a chronic problem, killing 380,000 every year. But an AP review of federal inspection records shows some facilities suffering outbreaks were given low “star” rankings for overall quality even before the coronavirus crisis. Three homes in Ohio and Illinois got two out of five stars, as did the one in Gallatin, Tennessee, where an inspector last year found an unsupervised cart in the hall where a resident scooped out ice with her bare hands.

For relatives of those in nursing homes, the visit ban has literally put them on the outside looking in, communicating with parents and grandparents through windows or by smartphones. Their greatest fear is that their loved ones will be left to die alone.

“When someone loses a loved one, you can’t go and give them a hug,” said 80-year-old Rosan Jordan, a resident of a retirement and nursing facility in New Orleans where her husband was among 13 to die of COVID-19 last month.

Even though she was in the same home, Jordan was kept apart from her husband and could only speak with him near the end on FaceTime.

“I should have known that was the last time I’d be talking to him,” she said. “I hope it was some comfort to him to hear my voice.”