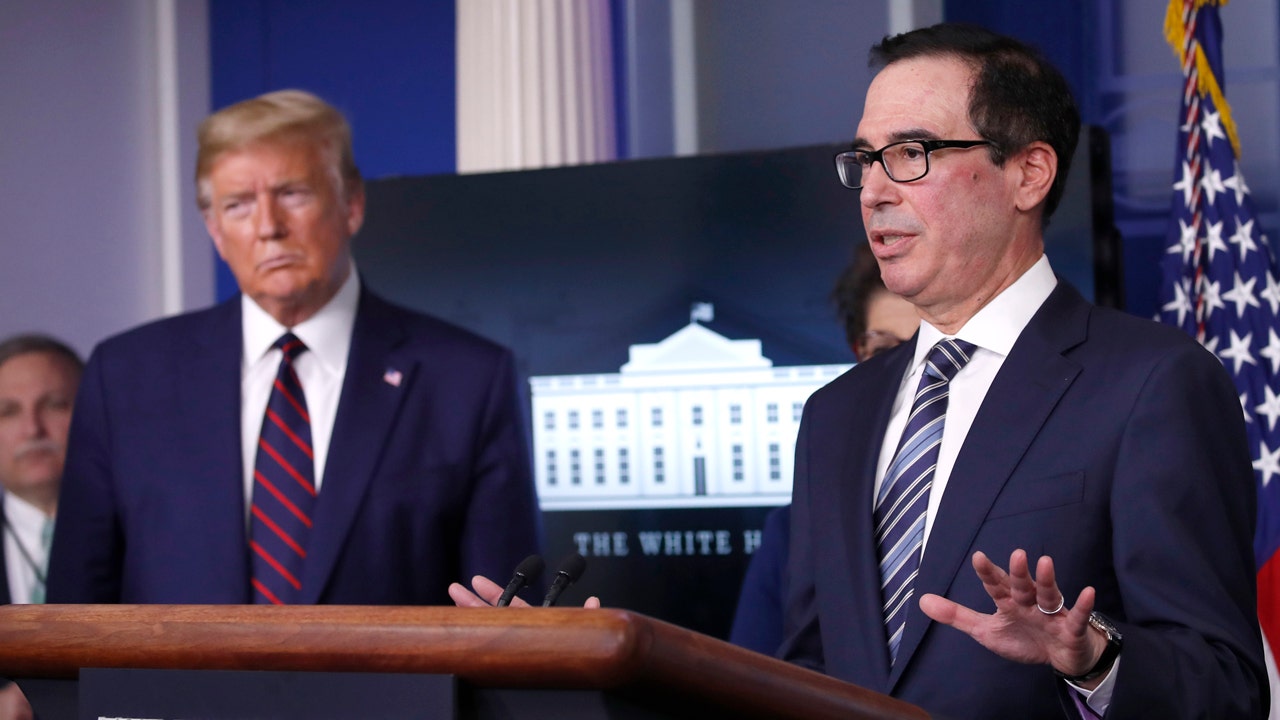 Treasury Secretary Steven Mnuchin on Tuesday asked Congress to approve an additional $250 billion to replenish the fund for small business loans as thousands vie for the government-backed aid.

McConnell said he will attempt to fast-track a vote on the additional funds for Thursday, as small businesses flood the three-day-old program seeking emergency relief.

The pending request would go toward a $349 billion small business program that was an integral part of the $2.2 trillion coronavirus relief package passed at the end of March. Known as the Paycheck Protection Program, it’s designed to get cash in the hands of struggling small businesses and incentivize them to keep staff on payroll, or re-hire workers who have already been laid off.

Banks and the Small Business Administration have been flooded by applications since the program began operating on Friday. So far, more than 225,000 loans worth more than $60 billion have been processed by 3,000 lending institutions, according to a Small Business Administration official. Community banks continue to lead the way, while some of the nation’s biggest banks are accepting applications, but have not yet processed the loans through the SBA.

“There was overwhelming interest, and we are working person by person to get the information we need to input (by hand) the information into the SBA system,” a spokesperson for JPMorgan Chase told FOX Business. “We have thousands of bankers working with our small business customers to help them get the funds they need.”

Wells Fargo did not begin accepting applications until Saturday, and by Monday, said it hit the $10 billion limit it established for loans under the program.

“While we are actively working to create balance sheet capacity to lend, we are limited in our ongoing ability to use our strong capital and liquidity position to extend additional credit,” CEO Charlie Scharf said in a statement.

Bank of America, the first of the big banks to begin offering the loans last week, said Monday morning that it had received 212,000 applications seeking nearly $36 billion.

Sen. Marco Rubio, R-Fla., who authored the program, said in a tweet that fear the program would run out of money was creating “tremendous anxiety” among small businesses.

“We have days, NOT weeks to address this,” Rubio wrote. “We are working with @USTreasury to make a formal request for additional funds ASAP & with Senate leadership to get fast track vote ASAP.”

Companies may borrow up to 2.5 times their payroll, or up to $10 million, which can be used for payroll and other expenses, like insurance premiums, mortgages, rent or utilities through June 30. The loans, which are guaranteed by the federal government, will be fully forgiven if 75 percent of the money goes toward keeping workers employed, according to the SBA.

If the program runs out of money, Treasury Secretary Steven Mnuchin told FOX Business on Tuesday that officials will ask Congress to replenish the fund.

"If you can't get the loan today or tomorrow, don’t worry," he said. "There will be money. And if we run out of money we’ll come back for more."