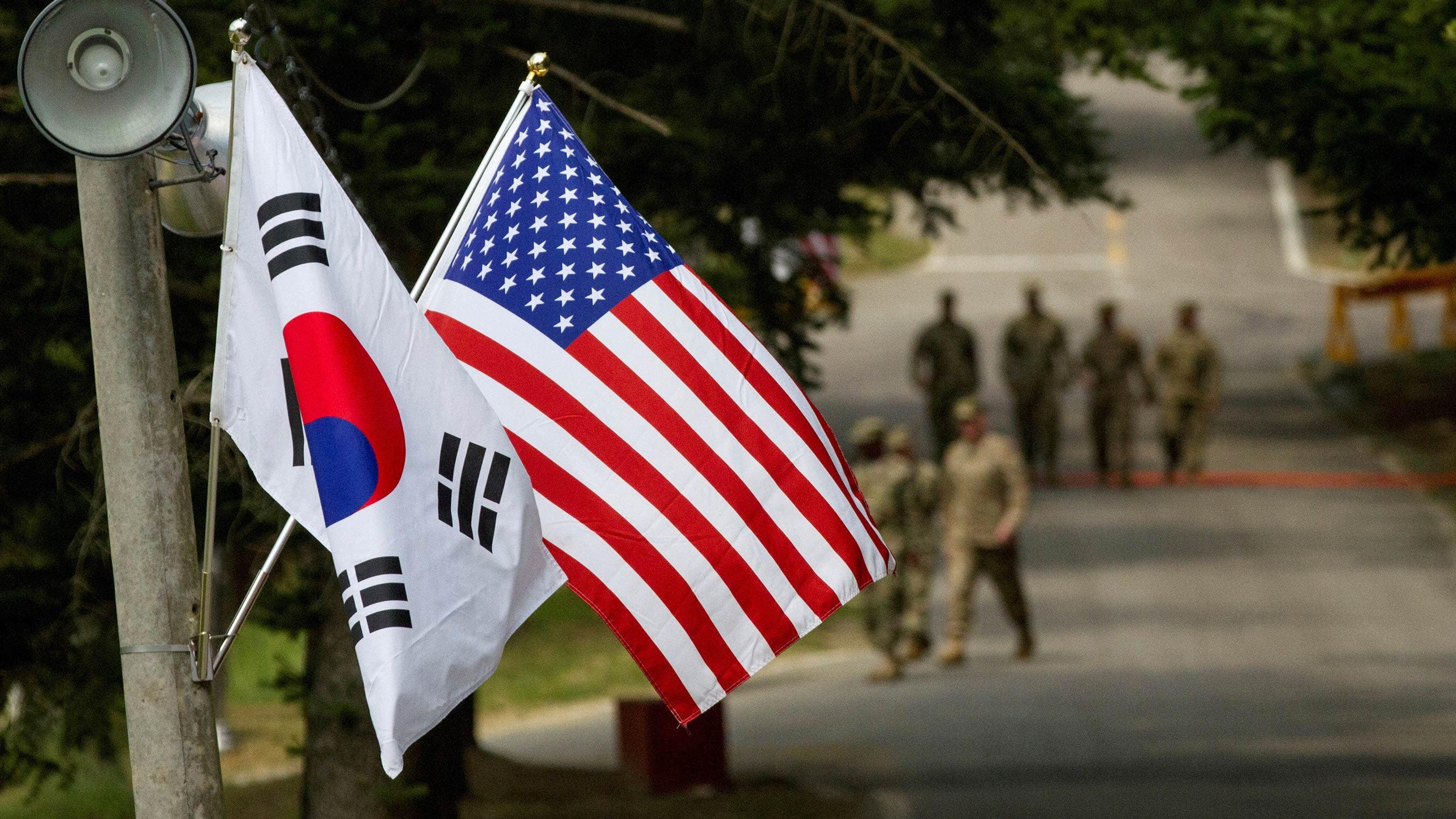 Kim Sung-han made the comment after meeting U.S. national security adviser Jake Sullivan in Hawaii, where they gathered for three-way talks with Japan chiefly to coordinate their Indo-Pacific policies in the light of tensions between China and Taiwan.

Measures under the new law would include halting subsidies for EVs made outside North America, which could affect companies like Hyundai Motor Co and its affiliate Kia Corp. 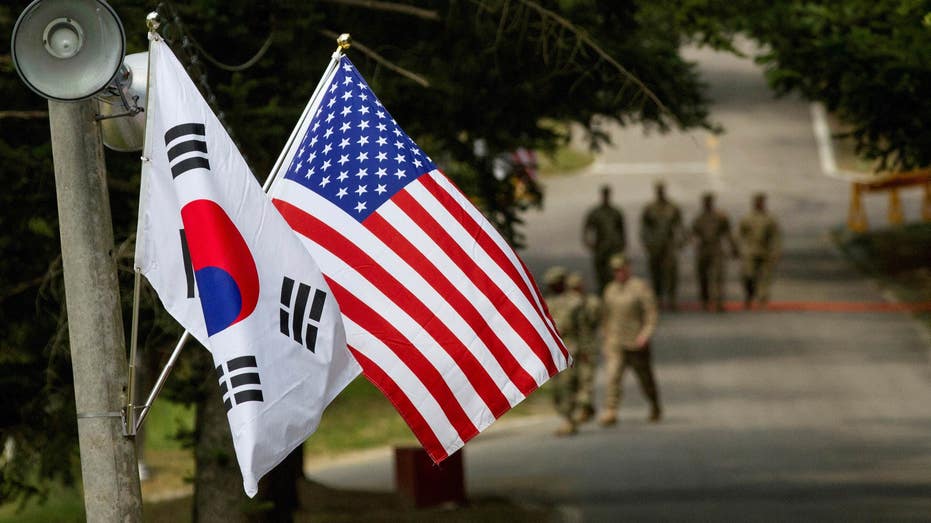 South Korea says that the U.S. will review its subsidies to EV owners after South Korea brought up concerns about how the subsidies would negatively impact Korean car manufacturers. Pictured: American and South Korean flags hanging together at Yongin (Ken Scar/U.S. Army/Handout via REUTERS / Reuters Photos)

Kim said he raised the issue at a bilateral meeting with Sullivan, who in response pledged to look into the law's impact at the National Security Council, Yonhap said.

"He said the IRA is likely to bring more pluses than minuses to Korea, but he would take a closer look at how the electric vehicle subsidy issue will develop going forward and what impact it will have," Kim was quoted as telling reporters.

South Korea's parliament on Thursday passed a resolution expressing concern over the new rules, which have eliminated the federal tax credits for which South Korean automakers' EVs were previously eligible in the United States.

The resolution called for the South Korean government to respond, saying the law was discriminatory.

THE INFLATION REDUCTION ACT WILL RAMP UP INFLATION, OPPRESS AMERICANS AND MAKE THEM SICK AND POOR

Lee Do-hoon, a South Korean vice foreign minister, said on Tuesday that Seoul has asked Washington to postpone the new rules until Hyundai completes building its Georgia factory in 2025. Seoul officials have also said the law may violate a bilateral free trade agreement.