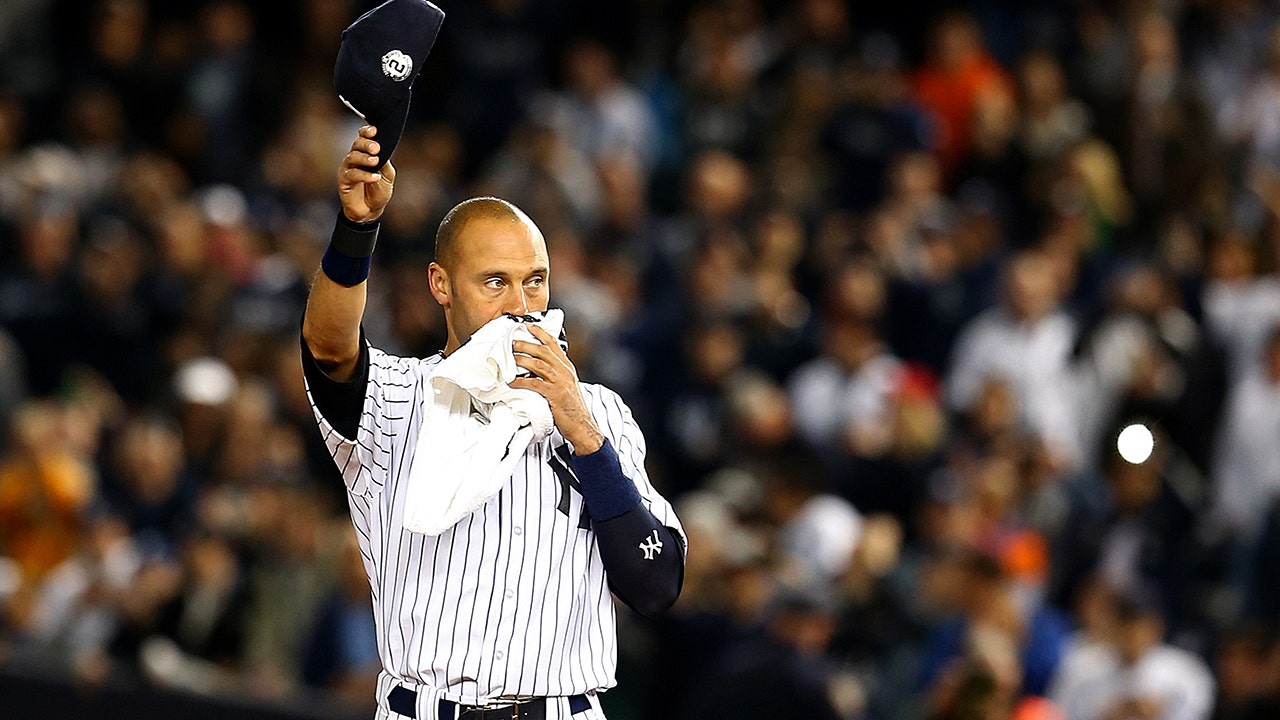 Jeter teamed up with Brian Lee, an avid sports card collector and the co-founder and president of LegalZoom.com and has been the managing partner of BAM Ventures since 2017. The two co-founders showcased their product at Yankee Stadium on Thursday afternoon.

With Arena Club, collectors can buy, sell and trade their cards on the company’s marketplace. The company is also offering card grading and vowed to be "quicker, more accurate and transparent."

Collectors can have their cards graded, slabbed and have it sent back to them, or the collector can have the company hold onto the raw card and in turn have it replaced with a digital card which the user can then put up in their "showroom." 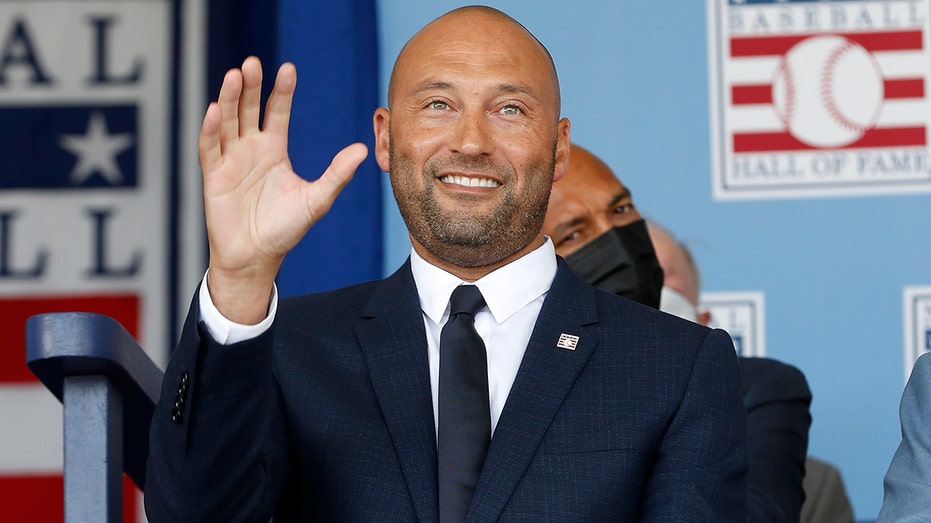 Lee told FOX Business he was looking to build upon what was already out there.

"As a collector myself, I’m always looking for something that’s better, more unique, that fits my needs and that was Arena Club. It’s a more transparent grading company that funnels you into an online marketplace," he said.

With a 1952 Mickey Mantle card selling for more than $12 million earlier this month, FOX Business asked Lee what card was most valuable for him in his collection. He said he didn’t look at value on a monetary basis but explained why he loved a particular Chloe Kim card.

"The most valuable card to me is the one most meaningful to me. It’s not a dollar value. I was telling (Jeter) about this Chloe Kim card that I have. It’s 1-of-1, she signed it. And it’s really cool to me because No. 1 she’s Korean American just like myself and may daughter just loves her and started getting into snowboarding and watching her. So, that card is extremely valuable to me," Lee said. 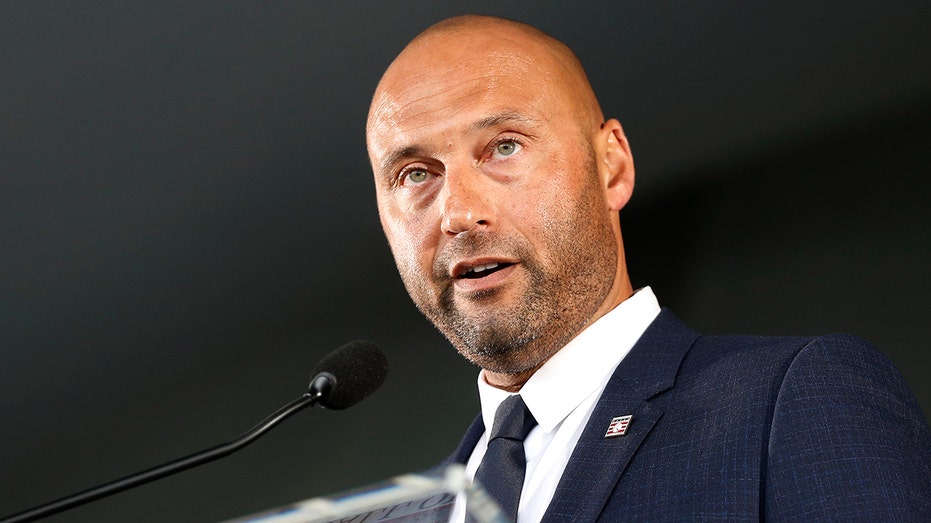 With the influx of non-fungible tokens and the Metaverse entering the online space, indicated there was some nostalgia that came along with getting into the memorabilia world. He said earlier in the fireside chat that a lot of his baseball cards were lost in a flood.

"I lost a lot of memorabilia and cards in the flood and part of it was going through this experience. I had just came out with that documentary and it was two years we were filming and I think about the times growing how much video footage and things that were lost and I wish I had and that sort of hit home.

Baseball fans have notoriously rushed for autographs of their favorite players. Jeter said that he hadn’t had anything too crazy happen to him – at least none he’d be willing to share.

"I had a lot of crazy fans go over the top, but nothing that I necessarily want to share, giving people ideas," he told FOX Business with a smile. "But for the most part my experiences have all been positive." 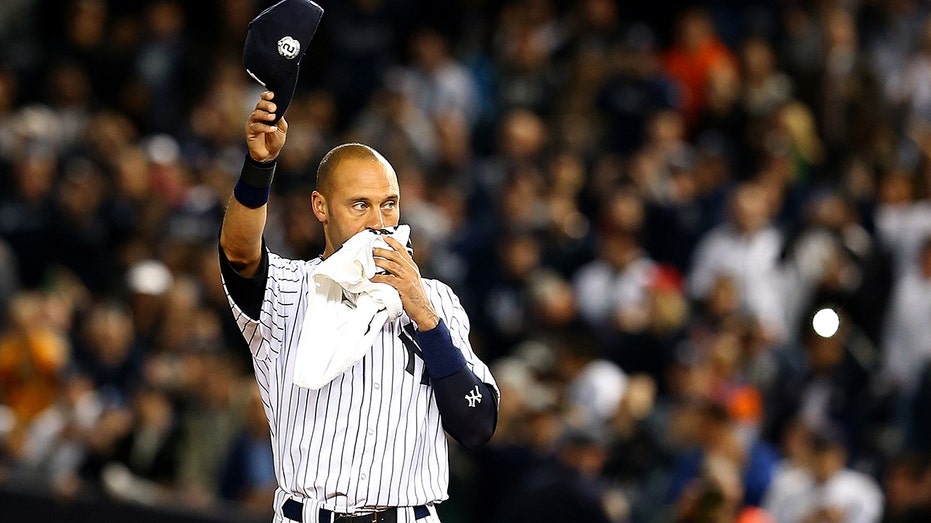 Derek Jeter #2 of the New York Yankees gestures to the fans after a game winning RBI hit in the ninth inning against the Baltimore Orioles in his last game ever at Yankee Stadium on September 25, 2014, in the Bronx borough of New York City. (Elsa/Getty Images / Getty Images)

Jeter stepped down from the Miami Marlins’ front office before the start of the 2022 season. He was inducted into the Baseball Hall of Fame in 2020, receiving 99.75% of the vote from baseball writers.

In his post-playing career, Jeter started The Players’ Tribune, had investment interests in the Whistle Sports Network, joined the board of Rockefeller Capital Management and launched an apparel brand called Greatness Wins.