Wimbledon was canceled on Wednesday because of the coronavirus pandemic, the first time since World War II that the oldest Grand Slam tennis tournament won’t be played.

Britain imposed a nationwide lockdown just over a week ago, and the All England Club announced after a two-day emergency meeting that the event it refers to simply as The Championships is being scrapped for 2020. That hadn’t happened since 1945.

Wimbledon was scheduled to be played on the club’s grass courts on the outskirts of London from June 29 to July 12.

Eight-time Wimbledon champion Roger Federer surely spoke for many with a one-word message on Twitter: “Devastated.”

Also Wednesday, the ATP and WTA announced that the men’s and women’s professional tours would be suspended until at least July 13, bringing the number of elite tennis tournaments affected by the coronavirus to more than 30. The top tours already had been on hold through June 7. Lower-level events on the Challenger Tour and ITF World Tennis Tour also are called off through mid-July now. 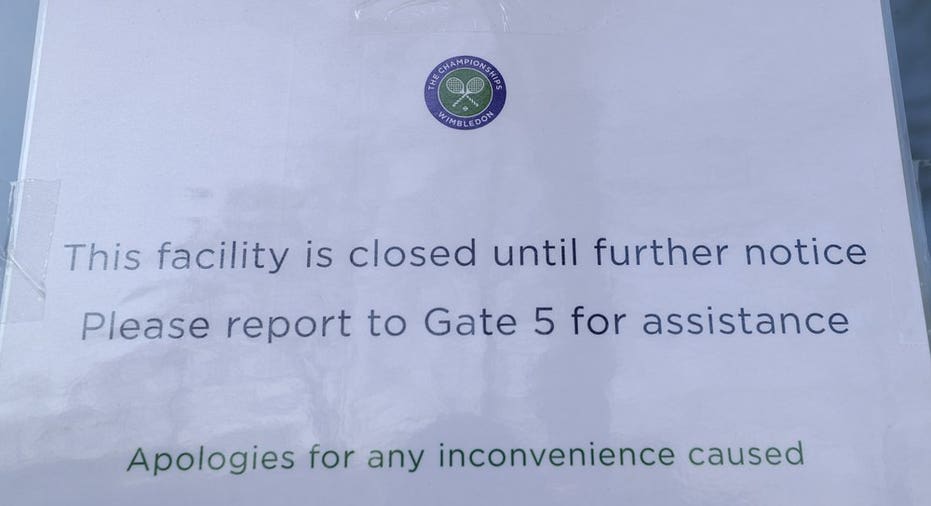 A sign outside one of the main gates to Wimbledon as it is announced the Wimbledon tennis Championships for 2020 has been canceled due to the coronavirus in London, Wednesday, April 1, 2020. (AP Photo/Kirsty Wigglesworth)

“It has weighed heavily on our minds that the staging of The Championships has only been interrupted previously by World Wars,” club chairman Ian Hewitt said in a news release, “but, following thorough and extensive consideration of all scenarios, we believe that it is a measure of this global crisis that it is ultimately the right decision to cancel this year’s Championships, and instead concentrate on how we can use the breadth of Wimbledon’s resources to help those in our local communities and beyond.”

Wimbledon joins the growing list of sports events called off completely in 2020 because of the COVID-19 outbreak.

That includes the Tokyo Olympics — which have been pushed back 12 months — and the NCAA men’s and women’s college basketball tournaments.

APOLO OHNO: CORONAVIRUS COULD CHANGE HOW OLYMPICS, SPORTS ARE EXPERIENCED 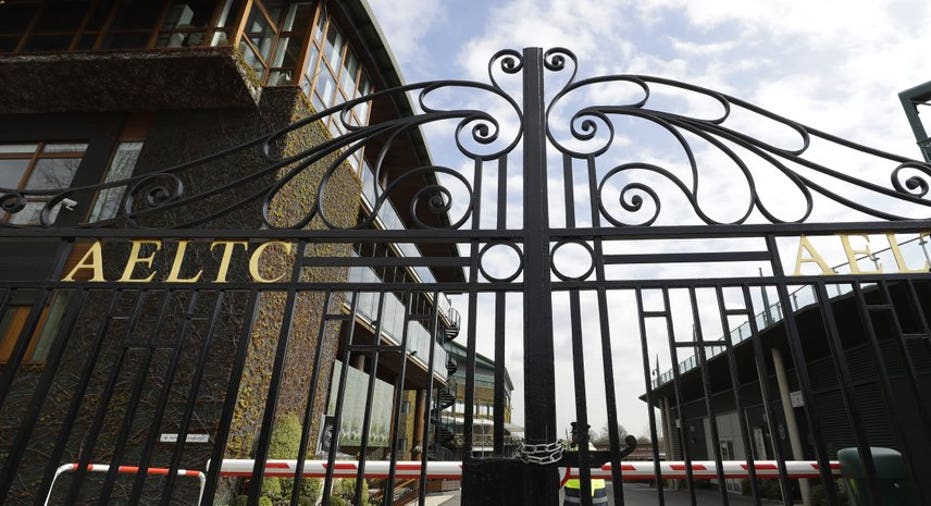 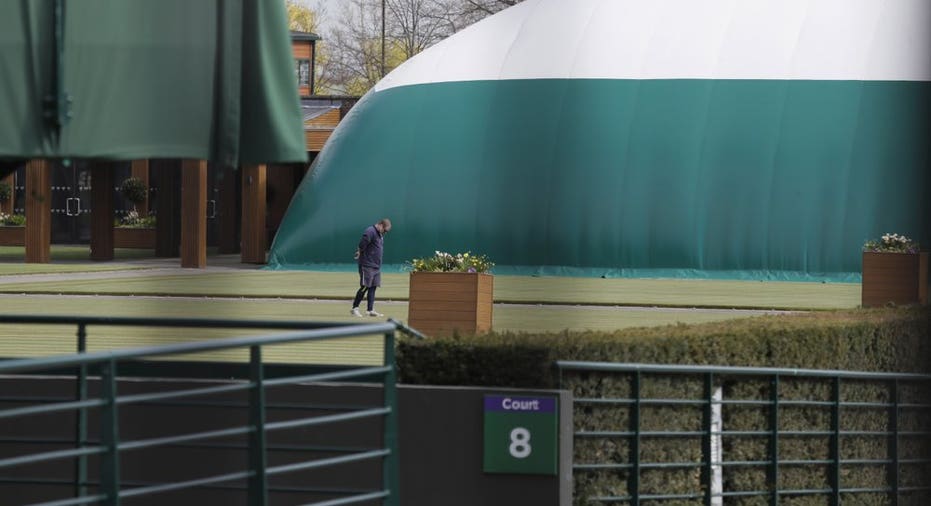 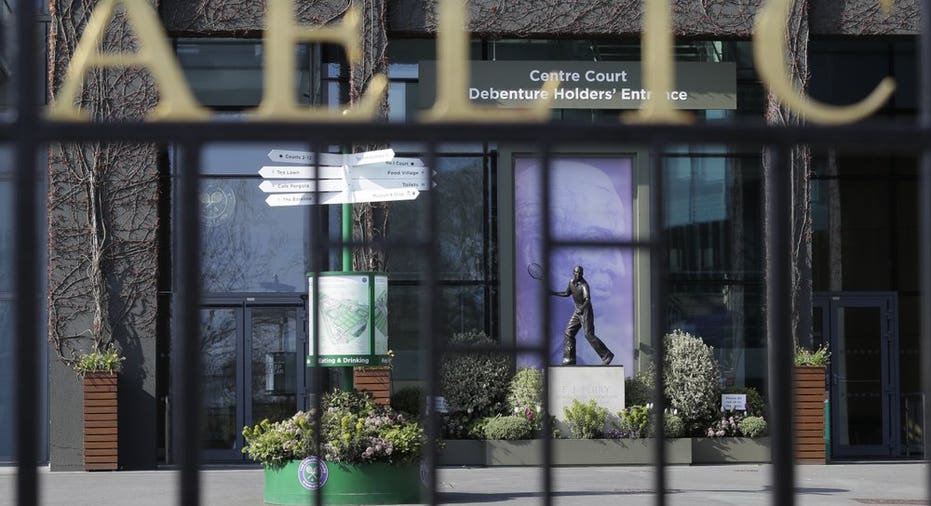 A security guard inside the main gates to Wimbledon as it is announced the Wimbledon tennis Championships for 2020 has been canceled due to the coronavirus in London, Wednesday, April 1, 2020. (AP Photo/Kirsty Wigglesworth)

Wimbledon is the first major tennis championship wiped out this year because of the coronavirus. The start of the French Open was postponed from late May to late September.

Shortly after the news came from Wimbledon, the U.S. Tennis Association issued a statement saying it “still plans to host the U.S. Open as scheduled,” from Aug. 31 to Sept. 13 in New York.

Wednesday’s decision by the All England Club means Novak Djokovic and Simona Halep will not get a chance to defend their Wimbledon titles from 2019.

“We are going through something bigger than tennis and Wimbledon will be back!” Halep wrote on social media. “And it means I have even longer to look forward to defending my title.”

Serena Williams retweeted the club’s message about the cancellation and wrote: “I’m Shooked.”

The move takes away what might have been one of Federer’s best chances to try to add to his men’s-record 20 Grand Slam titles. Federer, who turns 39 in August, is currently recovering from knee surgery and planned to return in time for the European grass-court circuit that now has been erased from the calendar.

In a statement last week, the All England Club said that postponing the two-week event would not come “without significant risk and difficulty” because of the grass surface that is affected by weather conditions. The club also said then that it had ruled out “playing behind closed doors” without spectators.

Hundreds of thousands of people have caught COVID-19, and thousands have died. For most people, the new coronavirus causes mild or moderate symptoms, which can include fever and cough, but also milder cases of pneumonia, sometimes requiring hospitalization. 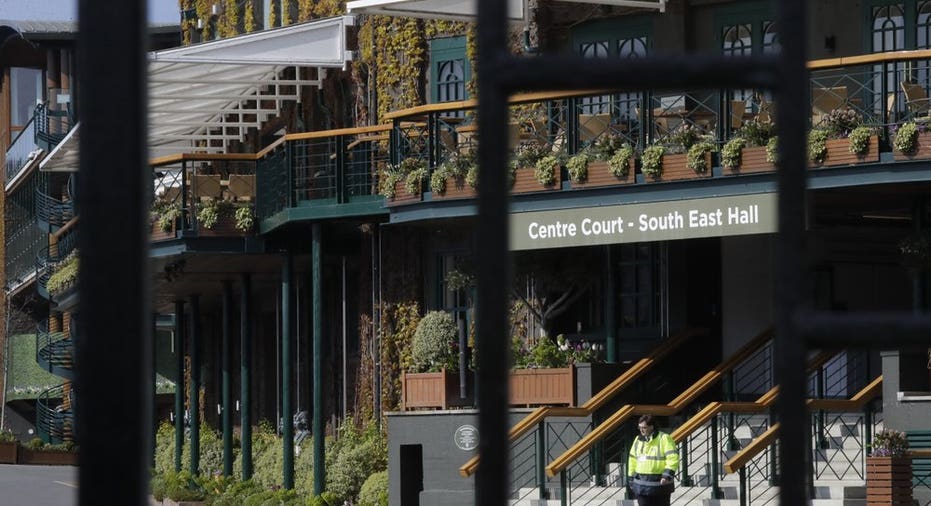 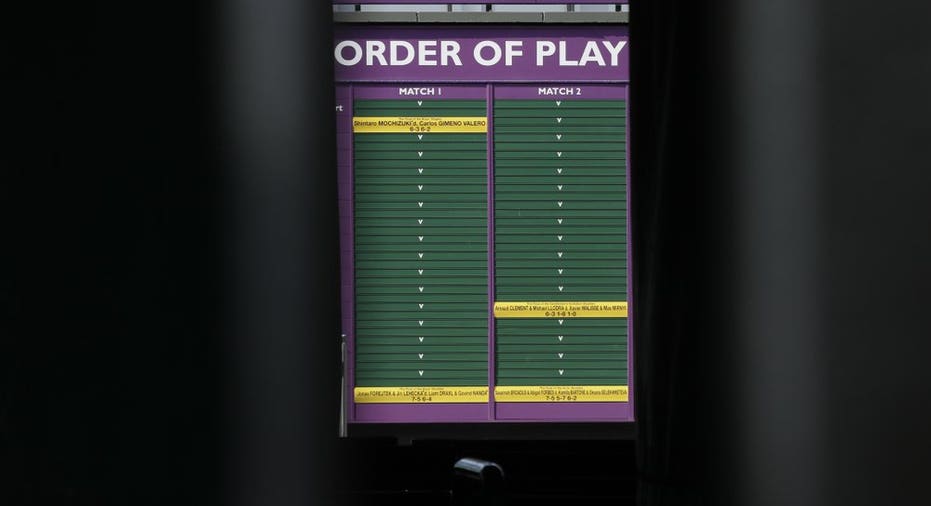 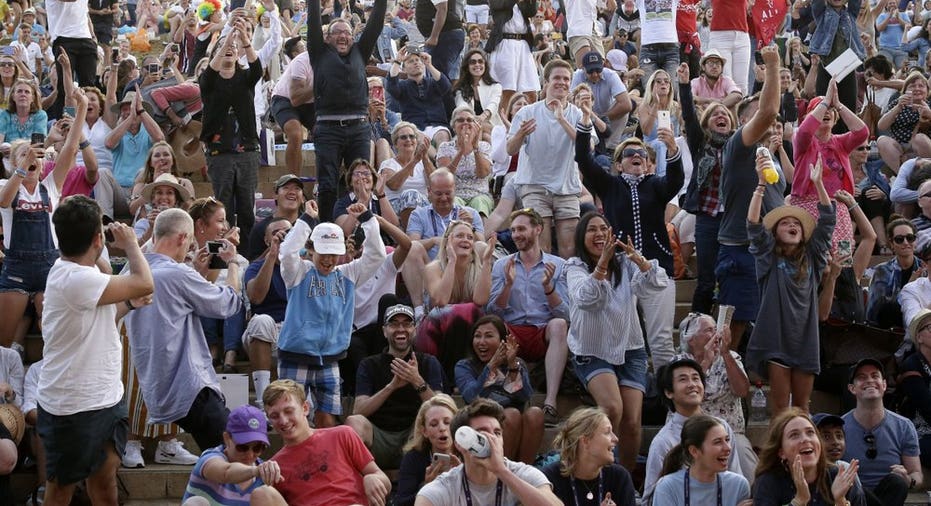 A security guard inside the main gates to Wimbledon as it is announced the Wimbledon tennis Championships for 2020 has been canceled due to the coronavirus. (AP Photo/Kirsty Wigglesworth)

The All England Club said it would work to help with the emergency response to the pandemic, including distributing medical equipment and food and offering the use of their facilities in other ways.

Regular day-to-day life has come to a halt in many ways in many parts of the world in recent weeks, and sports has reflected that.

The NBA, NHL and Major League Baseball are on hold indefinitely; the Kentucky Derby, Masters and Indianapolis 500 were pushed back several months until September; England’s Premier League and other club soccer competitions are currently suspended; and the European soccer championship — scheduled to end in London on the same day as the Wimbledon men’s final — was postponed from 2020 to 2021.