Coronavirus could cause youth sports recession 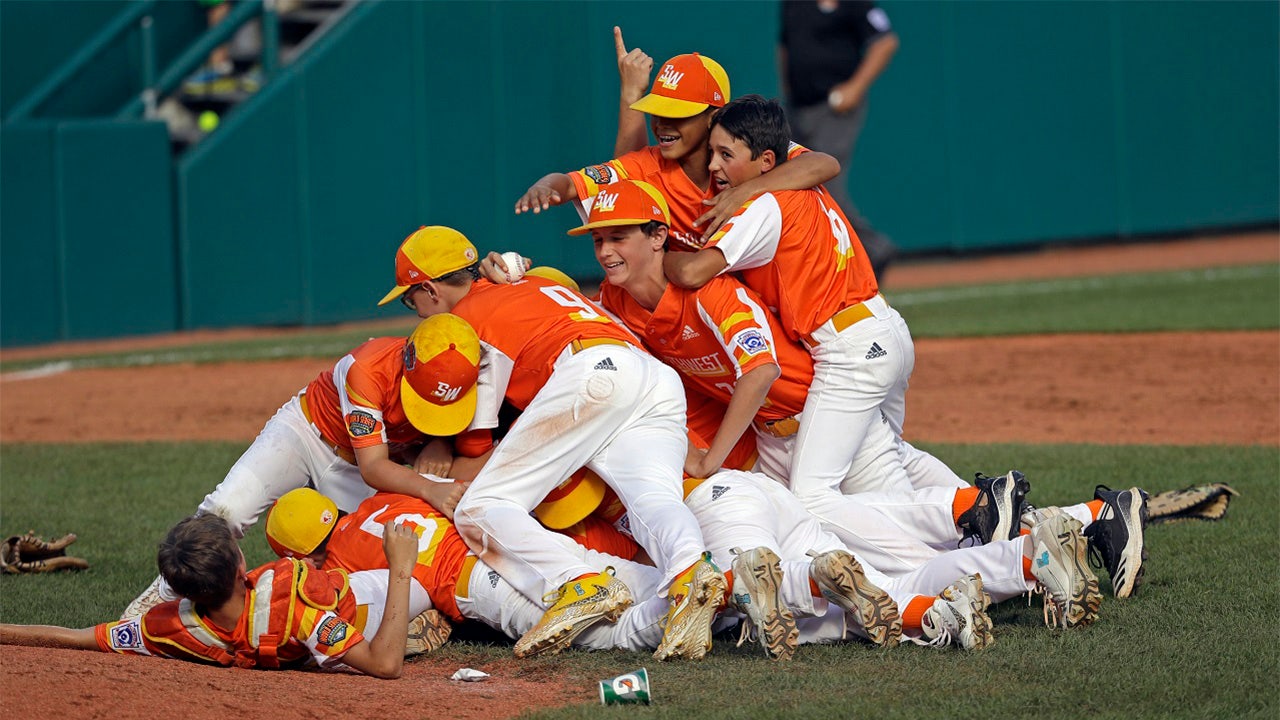 In early 2016, Thomas Bach traveled to Silicon Valley to ask Facebook, Twitter, YouTube and Google for advice. Bach, president of the International Olympic Committee, wanted to learn how the multi-billion-dollar Olympic Games, for decades a broadcast-TV juggernaut, could better reach young audiences.

But Bach told the companies he also saw them as competitors. As kids spent more time on their habit-forming wares, he worried, they were spending less time playing sports — and the fewer of them might go on to become Olympians.

WALMART SUED OVER CORONAVIRUS DEATH BY FAMILY OF DECEASED EMPLOYEE

"The smaller the base of the pyramid, the weaker the pyramid at the end, " Bach said in a 2018 interview with The Wall Street Journal.

Bach's fears of physical inactivity are growing before our eyes. Millions of kids are hunkered down on the couch amid stay-at-home orders to curb the spread of the coronavirus pandemic. Swimming pools are closed, basketball hoops removed from public courts, school teams' seasons postponed or canceled.

Organizers hope the halt in kids' sports will end in the coming weeks or months. But with 10 million Americans applying for unemployment benefits in March, the sudden financial hit from coronavirus could leave a long-term hole in opportunities for kids to play. There are already signs it is starting to erode funding for the development of future Olympians, as governing bodies react to the postponement of the Tokyo 2020 Games.

"The short-term impact is going to be dramatic," said Dave DuPont, CEO and co-founder of TeamSnap, which provides software used by nearly 23 million people to coordinate activities, mostly in youth sports. "Organizations are not going to survive. There are not going to be as many around."

TeamSnap has seen an 80% drop in usage of its app, DuPont said, and he recently was forced to furlough half the company's staff of about 100.

President Trump tweeted on Saturday for Little League players to "hang in there!" and continued: "We will get through this together, and bats will be swinging before you know it." But Little League International has suspended activities through at least May 11, and has shown little sign that its 2 million baseball and softball players worldwide will be playing soon.

Little League president and CEO Steve Keener said he's optimistic parents will find a way to overcome the slumping economy and get their kids back into sports once they resume.

"I know as a parent myself, you'll do things for your kids and you'll put your own needs on the back burner in order for them to have what they enjoy," he said.

But the global recession of 2007 to 2009 suggests there could be long-term damage.

The share of children regularly playing team sports in the U.S. dropped from nearly 45% in 2008 to 38% in 2014, according to data from the Sports & Fitness Industry Association. Even by 2018, when the economy had improved, the share of kids playing sports hadn't rebounded.

And although Little League pledges not to deny a child the opportunity to participate due to an inability to pay, the sudden downturn from the month-old pandemic is unlike anything that has come before it.

In Huntington (N.Y.) Tri-Village Little League one parent asked for a refund of the $175 fee after she and her husband were furloughed from their jobs, league volunteer Roger Snyder said.

"The mom called me up and said, 'We really kind of need it. Neither of us are working,'" Snyder said.

Many leagues rely heavily on player fees to operate, and registrations have come to a standstill. Lynn Berling-Manuel, who oversees a group of 30,000 soccer coaches at all levels of the sport, estimates that by the time it's safe to resume play, as many as 25-30% of youth soccer clubs in the U.S. could have folded.

"That goes lower or higher based on the time element," said Berling-Manuel, CEO of United Soccer Coaches.

In recent years the rising cost of playing youth sports, including pricey travel teams, has created a growing divide. Less than 22% of kids in the lowest household income bracket played sports on a regular basis in 2018. About twice that share, 43%, of children with household incomes of $100,000 and above did, according to The Aspen Institute's Project Play.

"This crisis could force even more of a divide," TeamSnap's DuPont said.

But leaders also hope that the pandemic could force a rethinking of how kids' sports are organized and supported. Unlike many other countries, the U.S. has no ministry of sports. The U.S. Olympic & Paralympic Committee isn't government-funded. Youth sports are a multi-billion-dollar industry of independent for-profit and nonprofit groups that have little to no financial reserves.

"Because it's private-driven, it's going to suffer. There's no question about that," said Clay Walker, executive director of the National Fitness Foundation, the only congressionally chartered nonprofit focused on health and fitness. "But I believe when the re-examination happens, people are going to say, We need to take care of our country. Youth sports are an important way of creating equity health–so that everybody has an equal opportunity."

Late last year the NFF launched the National Endowment for Youth Sports, a nonpartisan, nonprofit fund that youth sports organizations can apply to for grants. The aim is to fight on two fronts: rising obesity levels, and the increased cost of kids playing sports. The endowment aims to raise $100 million by 2023–something Walker acknowledges will be a challenge in the post-coronavirus financial world.

Meanwhile, the cuts keep coming. Facing a budget crunch due to event cancellations, national governing body USA Cycling decided to protect the funding for athletes it's helping get to the postponed Tokyo Games in 2021. To do that, it's curtailing investment in younger riders.

The six-month hiatus will have little more effect on athletes than it's already had, DeMartini reasoned. The races they would have done have been canceled.

Write to Rachel Bachman at rachel.bachman@wsj.com