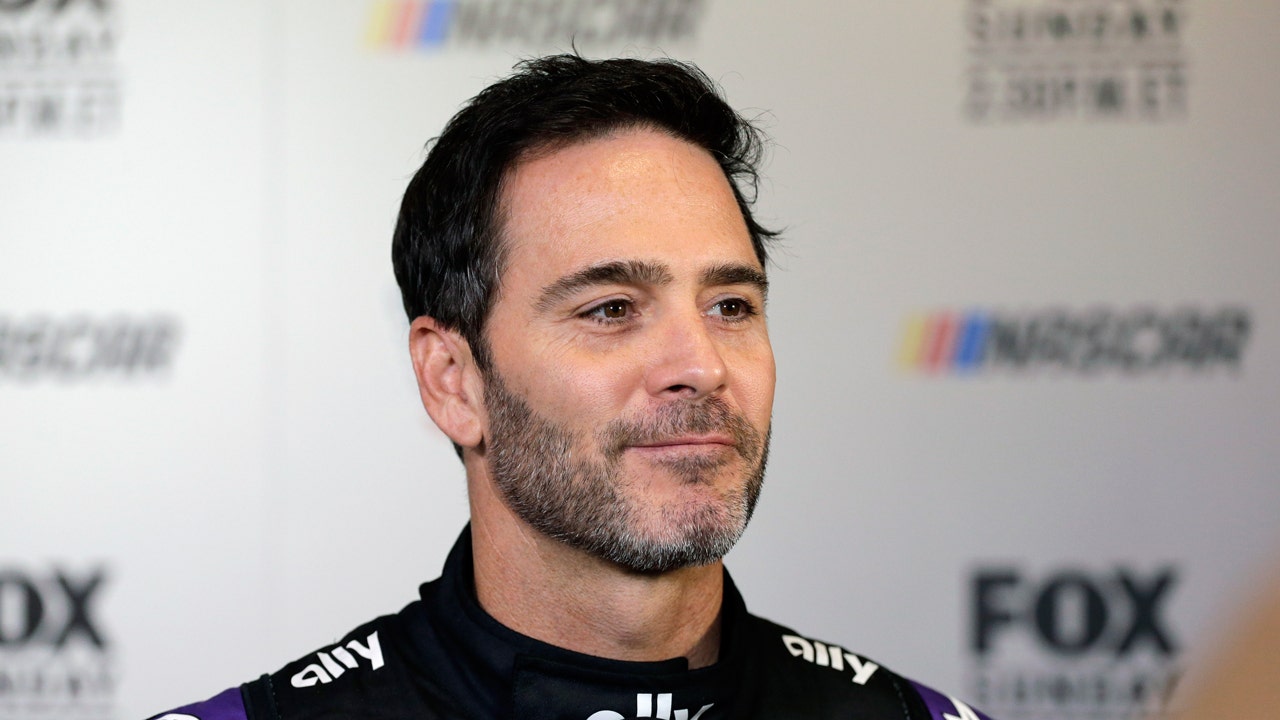 For seven-time NASCAR Cup Series champion Jimmie Johnson, the coronavirus pandemic brought a screeching halt to a 2020 season that was meant to be the final run before his retirement as a full-time driver.

NASCAR postponed all races through May 3 in order to comply with the U.S. Centers for Disease Control and Prevention’s guidance against holding mass gatherings. With no end in sight for social distancing protocols that brought U.S. sports leagues and businesses to a standstill, Johnson told FOX Business that it’s difficult to say if or when NASCAR will be ready for a restart.

“I just don’t know. I’ve just been watching the curve. I watch it like everyone else does,” Johnson said. “It keeps climbing right now. I just don’t know what to think. I’m trying to listen to the leaders of the world and the leader of our country and our local government officials and just try to understand. It just continues to push longer and longer, as we’ve all experienced.”

A return to normal operations was the main topic of discussion during a Saturday conference call between President Trump and top U.S. sports officials, including NASCAR President Steve Phelps. Trump later declined to give an exact date, but said fans would return to stadiums “sooner rather than later” and mentioned August as a potential target window.

NASCAR has vowed to conduct its entire planned slate of 36 races for its 2020 season, even if doubleheaders or midweek races are required to complete the schedule. The status of Johnson’s planned retirement has become a subject of open speculation among fans during the season stoppage, with some wondering if the delay could push him to return next year for a proper send-off.

For now, the driver of the No. 48 car is taking a wait-and-see approach to the situation.

WHAT CORONAVIRUS WILL COST NCAA, NBA, OTHER US SPORTS LEAGUES

“It’s just so hard to say right now. Obviously if we get back racing, get all the races in, that’s one situation, the ideal situation – not only for what would be my final full-time year, but for the whole sport and industry,” Johnson said. “I’m hoping for that, so I guess I don’t want to give up hope on that. I hope that’s the case and I am able to make 2020 my last full-time year. It’s so fluid right now, I just don’t know.”

Like many athletes, Johnson has sought ways to aid the fight against coronavirus during the stoppage of play. The 44-year-old driver joined with more than 75 other athletes, including former NFL great Rob Gronkowski, to contribute to the Athletes for COVID-19 Relief fundraising effort.

Johnson donated a pair of signed race-worn shoes to the effort, which has collectively raised more than $150,000 for the Center for Disaster Philanthropy's COVID-19 Response Fund. He also appeared alongside fellow NASCAR legend Jeff Gordon to record a public service announcement urging North Carolina residents to adhere to social distancing recommendations.

“Using my social platforms to help raise awareness, to help raise money, I’m happy to do so,” Johnson said. “My wife and I have worked real hard over the years with the Jimmie Johnson Foundation. We’ve created it, built it up and we’ve been focused on K-12 public education. The situation we’re in now, we’re happy to get involved, happy to raise money, happy to donate money and raise awareness, just in that spirit of using the tools that we can to be good members of the community."

With no actual races on its upcoming slate, NASCAR is using creative methods to keep fans engaged. Johnson is one of several drivers who have participated in the eNASCAR iRacing Pro Invitational Series.

Johnson finished 21st out of 32 drivers on Sunday at the eNASCAR iRacing Pro Invitational Series Food City Showdown at a virtual Bristol Motor Speedway. Operating an iRacing NASCAR simulation rig set up in his home, he acknowledged a “huge learning curve” that included some technical hiccups. At one point during Sunday’s race, Johnson joked about firing his virtual spotter.

Despite the early struggles, Johnson said NASCAR’s foray into esports could provide a valuable training tool for young drivers and a way for the sport to bring in new fans.

“I think we’ve poured a bunch of gasoline on the environment with what we’re doing now on live television and really growing that space,” Johnson said. “It can’t hurt. Sure, the normal racing fan isn’t getting what they want, but it’s something, and maybe it is bringing in some fans that typically wouldn't watch our race."

Fox Corp. is the parent company of Fox Sports and FOX Business.