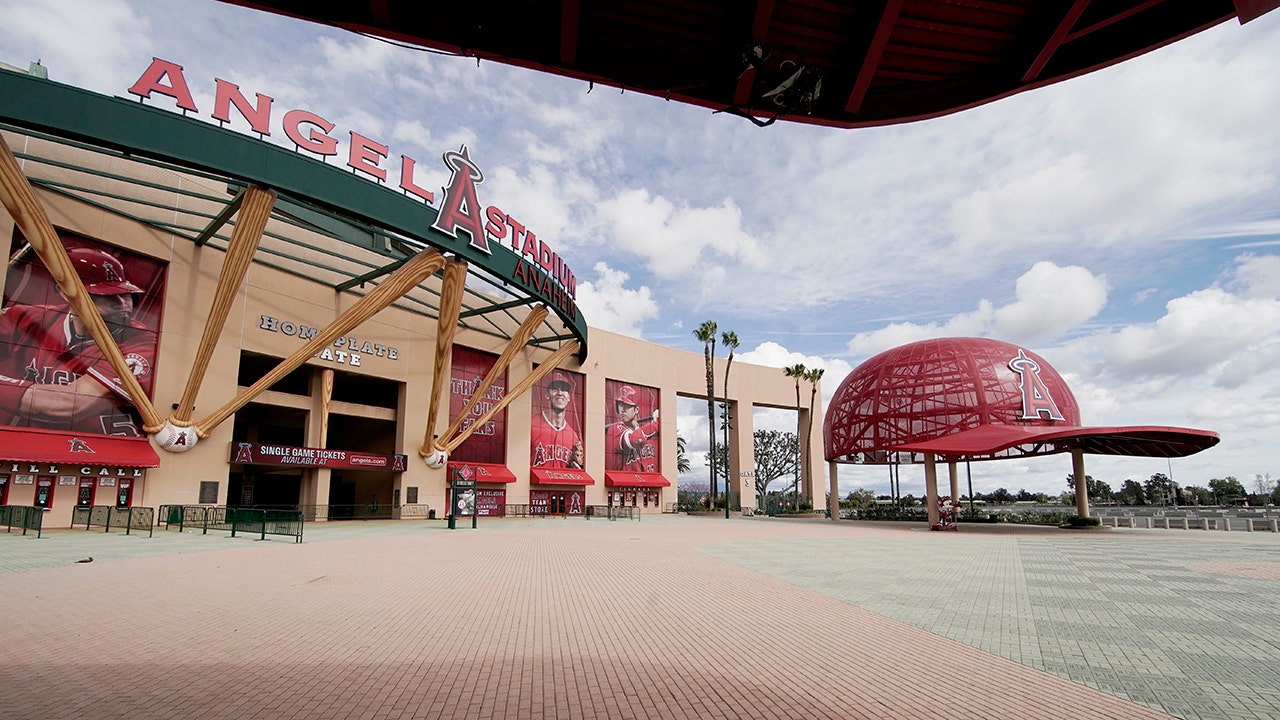 ARLINGTON, Texas — There will be no hot dogs on the grill, no beer on tap, no vendors in the stands selling peanuts and Cracker Jack.

The shiny new stadium deep in the heart of Texas will still be waiting for its first Rangers game. Instead of warming up for his debut with the New York Yankees after a record $324 million, nine-year contract, Gerrit Cole is playing catch with his wife at home. 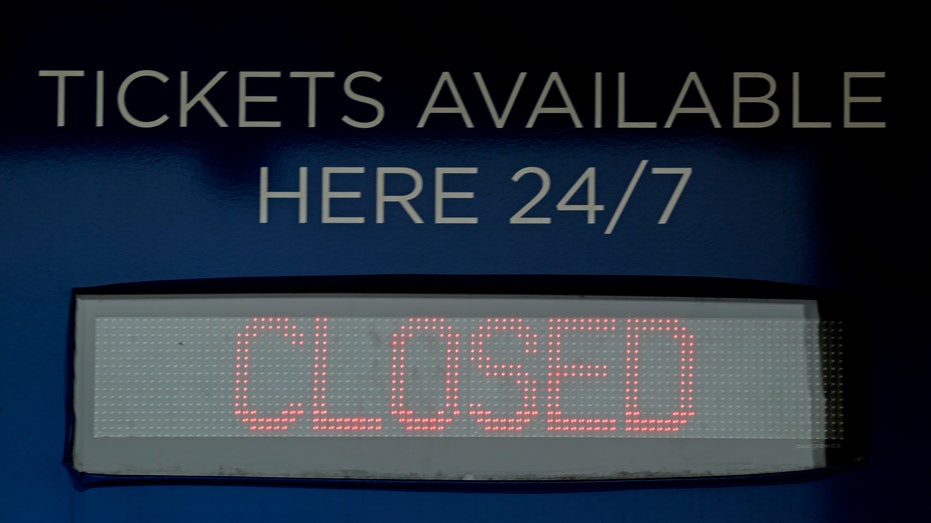 HELP WANTED AMID CORONAVIRUS PANDEMIC: THESE COMPANIES ARE HIRING

With the start of the Major League Baseball season indefinitely on hold because of the novel coronavirus pandemic, ballparks will be empty Thursday on what was supposed to be opening day.

“You’re used to seeing people run all over the place. We have over 200 people (who work) at the park,” said Roger Bossard, the groundskeeper in his 54th year with the Chicago White Sox. “Certainly, it’s eerie when no one’s around. You walk around the hallways or underneath the stands there, and there’s nobody there — but understandably.”

From Baltimore to Miami in the east, San Diego to Seattle in the west — and 11 other cities that would have hosted season openers Thursday — there will be no games, or at the remaining 15 MLB stadiums, for at least a couple of more months. 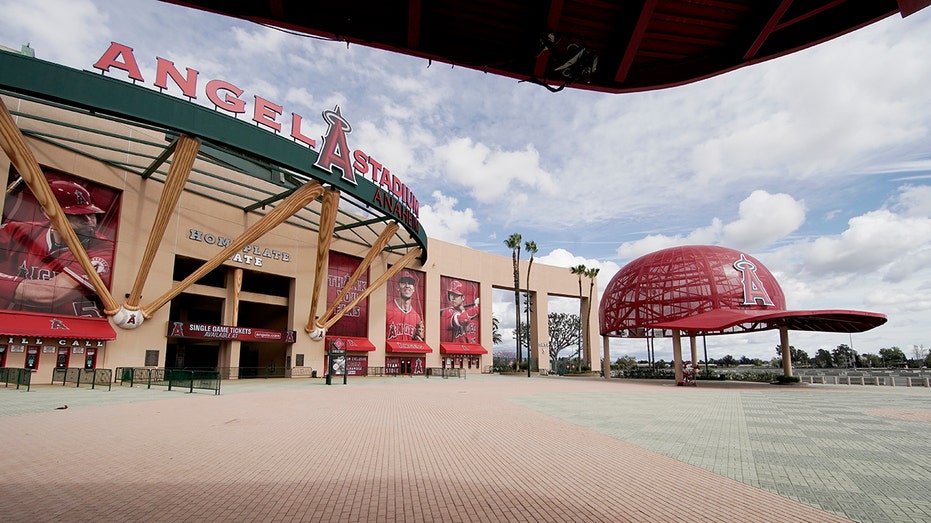 An empty Angel Stadium of Anaheim is shown in Anaheim, Calif., on March 25, 2020. (AP Photo/Chris Carlson)

By then, when the weather will be warmer, the Rangers will be able to stay out of the heat by closing the retractable roof at their $1 billion-plus stadium, the only new major league ballpark opening this season.

After the postponement of a Chris Stapleton concert that was to be the inaugural event at Globe Life Park on March 14, only three days after an open house that went on as scheduled, the Rangers were supposed to play an exhibition game there this week. Their home opener was set for next Tuesday after a season-opening series in Seattle.

“The stadium was 100 percent ready to go,” said Casey Rapp, GM of the new Rangers stadium for Delaware North Sportservice, which also oversees concessions for 10 other MLB ballparks. “It’s the little things that we were trying to make perfect.”

While there was plenty of time to finish construction of Globe Life Park, Rapp and his group haven’t yet been able to serve people during a full-scale event at the stadium. Concessionaires start planning months in advance of the openers. That means a lot of products, such as hot dogs, bottled beverages and frozen foods, had already been delivered to many ballparks before the season was put on hold.

“It’s definitely different … it’s kind of unheard of (that) all the major sports inside the United States would be closed at the exact same time,” said Ken Gaber, vice president of operational excellence for Delaware North Sportservice. “Personally, it’s difficult. I think everybody feels the exact same way.”

Delaware North has donated to local charities more than 41,000 pounds of food, including perishable items already sent to MLB stadiums it operates, and concessions from its other venues, including some NBA and NHL arenas suddenly shut down in the middle of those seasons. There were also several spring training venues at the peak of their schedules.

The World Series champion Washington Nationals have reduced staff at Nationals Park, where a facilities group is still maintaining the ballpark and putting on the finishing touches for the season.

“Prior to every baseball season, you’re always working very aggressively to get ready for opening day. That’s a fixed date and time and you just have to be ready,” said Frank Gambino, Washington’s senior vice president of ballpark operations. “We had been working very diligently, and continue to work diligently, to try and get as close as we can to ready for whenever opening day eventually comes.” 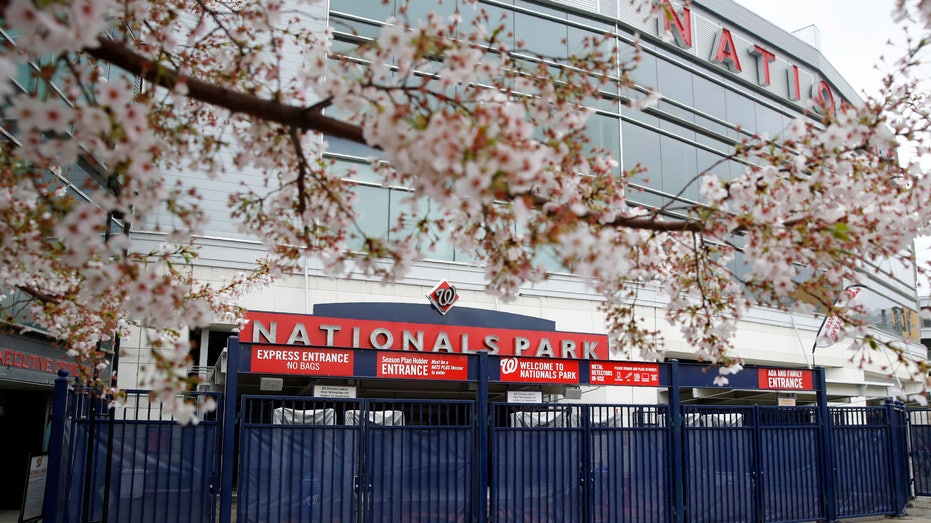 Gambino said the Nationals were able to defer many of the concession deliveries and stocking of the stadium while monitoring the COVID-19 situation.

There have been no reports of any MLB players testing positive for the novel coronavirus. Two minor leaguers in the Yankees system did, and the Red Sox closed down their entire spring training complex in Fort Myers, Florida, this week after saying that one of their minor league players had tested positive.

For most people, the new coronavirus causes mild or moderate symptoms, such as fever and cough that clear up in two to three weeks.

GET THE LATEST CORONAVIRUS COVERAGE

The Baltimore Orioles were scheduled to open at home Thursday against the Yankees, likely with a clean-shaven Cole on the mound for the visitors. Camden Yards will be ready whenever the season finally starts, and the Orioles hope to maintain the enthusiasm that was whipped up for the team throughout a now-extended offseason.

“The bright spot in this sort of cloudy day is that our fans will be craving baseball,” said Jennifer Grondahl, the Orioles vice president of community development and communications. “If we can put together a season and the entertainment that we have planned and add to that, I feel like we’ll be able to continue that momentum.”