Major League Baseball has taken the first steps to carve out a season and setting a tentative opening day amid the coronavirus pandemic, people with direct knowledge of the situation tell FOX Business.

On Thursday night, the MLB Players Association voted to give Commissioner Rob Manfred broad authority to set a schedule for the season that has been postponed due to health concerns; FOX Business was first to report that the baseball owners will vote and approve the agreement Friday. 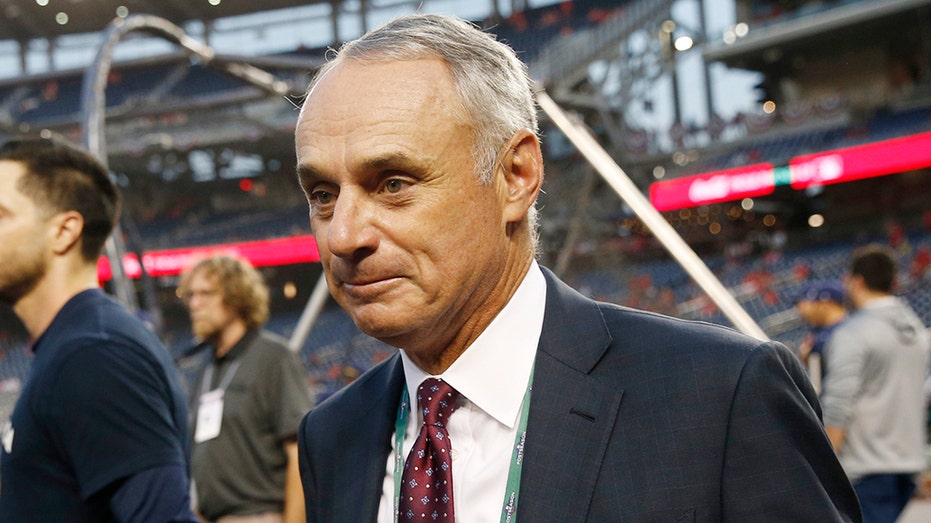 Commissioner of Major League Baseball Rob Manfred walks on the field during batting practice before a National League wild card baseball game between the Milwaukee Brewers and the Washington Nationals, Tuesday, Oct. 1, 2019, in Washington. (AP Photo/

The baseball season is the lynchpin of the $10 billion business of MLB. It was scheduled to start on Thursday, but Manfred had delayed indefinitely both spring training and regular season games amid the virus outbreak. League officials, the players union and owners are now taking steps to create a broad, albeit indefinite plan to start the regular season.

According to baseball sources, here’s what the season could look like:

A spokesman for the commissioner's office declined to comment but would not deny the terms of the deal.

The baseball schedule could possibly change depending on the continued spread of novel coronavirus, people with knowledge of the matter tell FOX Business. MLB announced on March 12 the season would be delayed as reports suggested the number of COVID-19 cases caused by the virus was accelerating.

In an interview on ESPN on Wednesday, Manfred said he was considering a number of ideas.

“We'll have to make a determination depending on what the precise date is as to how much of a preparation period we need,” he said, noting he would have to “think creatively about how we can accomplish that goal.”