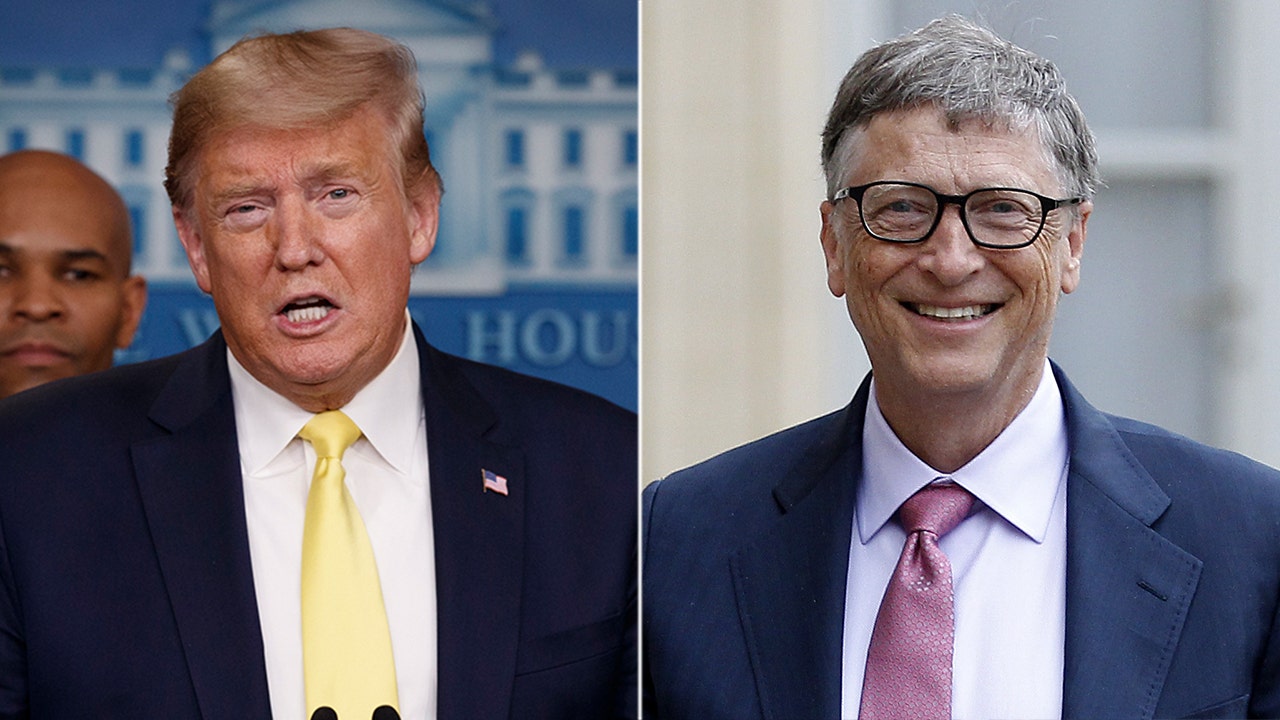 Trump said he disagrees with estimates that say the economy should remain closed for the next "four or five months" during a virtual town hall with FOX News Tuesday, adding, "You destroy our country if you do a thing like that. We're going to be opening relatively soon."

"There really is no middle ground, and it’s very tough to say to people, 'Hey, keep going to restaurants, go buy new houses, ignore that pile of bodies over in the corner. We want you to keep spending because there’s maybe a politician who thinks GDP growth is all that counts,'" Gates said in a Tuesday interview with TED Connects.

Gates did not mention the president by name during the interview but said "it's very irresponsible for somebody to suggest that we can have the best of both worlds."

The White House COVID-19 task force is touting its plan for 15 days of social distancing to stop the spread of coronavirus and allow health care providers to get ready for more Americans to get sick. Gates argued that while the economy has taken a significant hit because of the virus, people should continue to practice social distancing so the country can "go back to normal."

"The economic effect of this is really dramatic. Nothing like this has ever happened to the economy in our lifetimes. But bringing the economy back … that’s more of a reversible thing than bringing people back to life," Gates said.

The Gates Foundation has been intertwined with the fight against infectious diseases after helping found the Coalition for Epidemic Preparedness and Innovation (CEPI) in 2016. The foundation announced in early February that it will donate $100 million for treatment and protection against the coronavirus.

Gates has been using his platform to raise awareness about the virus and even used social media site Reddit to answer users' questions about COVID-19 last week.