Coronavirus face masks, apps: The race is on to avoid hidden carriers PARIS — The worldwide race to protect people against unwitting coronavirus carriers intensified Thursday, pitting governments against each other as they buy protective gear and prompting new questions about who should wear masks, get temperature checks or even be permitted to go outside.

In the Chinese city of Wuhan, where the pandemic began in December, a green symbol on residents' smartphones dictates their movements. Green is the "health code" that says a user is symptom-free and it's required to board a subway, check into a hotel or enter the central city of 11 million. Serious travel restrictions still exist for those who have yellow or red symbols.

In northern Italy, the country with the most virus deaths in the world at over 13,000, guards with thermometer guns decide who can enter supermarkets. In Los Angeles, the mayor has recommended that the city's 4 million people wear masks. Same goes for grocery store customers in Austria.

And a top health official in France's hard-hit eastern region said American officials swooped in at a Chinese airport to spirit away a planeload of masks that France had ordered. 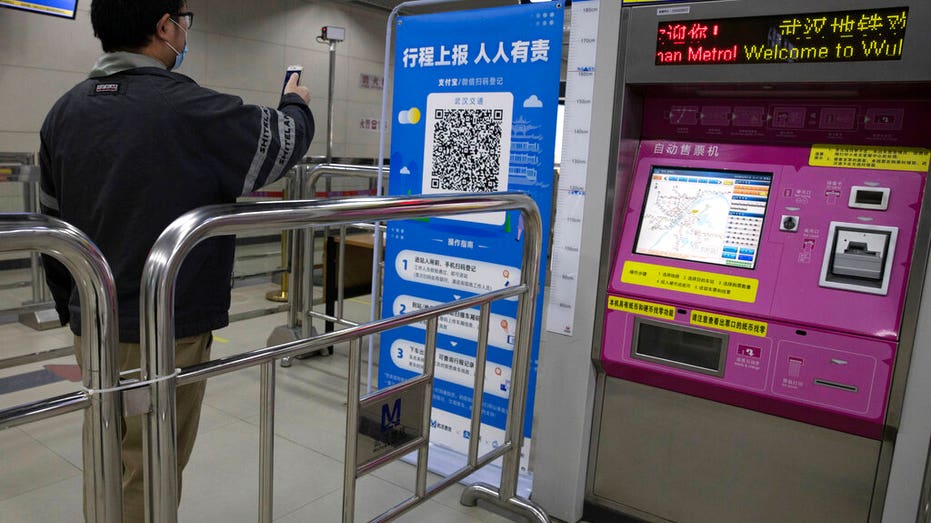 In this April 1, 2020 photo, a passenger scans a QR code to get his green pass at a subway station in Wuhan in central China’s Hubei province. (AP Photo/Ng Han Guan)

"On the tarmac, the Americans arrive, take out cash and pay three or four times more for our orders, so we really have to fight," Dr. Jean Rottner, an emergency room doctor in Mulhouse, told RTL radio.

A study by researchers in Singapore on Wednesday estimated that around 10% of new infections may be sparked by people who carry the virus but have not yet suffered symptoms.

In response, the U.S. Centers for Disease Control and Prevention changed how it defined the risks of infection, saying essentially that anyone may be a carrier, whether they have symptoms or not. But neither it nor the World Health Organization changed their recommendations that everyone did not have to wear masks.

Nine leading European university hospitals warned Thursday they will run out of essential medicines for COVID-19 patients in intensive care in less than two weeks. The European University Hospital Alliance said countries should cooperate, not compete, to ensure a steady supply of these drugs for critically ill virus patients.

Spain reported a record number of daily virus-related deaths, 950 in 24 hours, bringing its total deaths to 10,003 even as its infection rate appeared to be slowing.

In the United States, from New York to Los Angeles, officials warned that the worst is still ahead.
"How does it end? And people want answers," New York Gov. Andrew Cuomo said. "I want answers. The answer is nobody knows for sure." 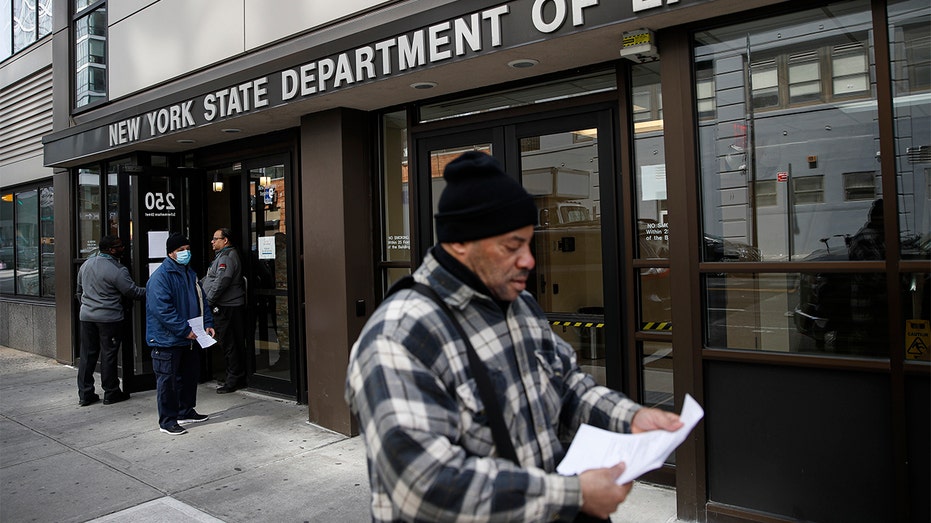 In this March 18, 2020 file photo, visitors to the Department of Labor are turned away at the door by personnel due to closures over coronavirus concerns in New York. (AP Photo/John Minchillo, File)

New York state's coronavirus death toll doubled in 72 hours to more than 1,900. Cuomo has already complained that U.S. states are competing against each other for protective gear and breathing machines, or being outbid by the federal government.

President Donald Trump acknowledged that the federal stockpile is nearly depleted of the personal protective equipment needed by doctors and nurses.

"We're going to have a couple of weeks, starting pretty much now, but especially a few days from now, that are going to be horrific," he said.

Los Angeles Mayor Eric Garcetti said even a "tucked-in bandanna" could slow the spread of the virus and remind people to keep their distance from each other.

"I know it will look surreal," he said, donning a mask. "We're going to have to get used to seeing each other like this."

In Japan, where masks are a household stable, the government planned to mail two gauze masks each to the country's 50 million households.

In Greece, authorities placed an entire refugee camp of 2,400 people under quarantine Thursday after discovering that a third of the 63 contacts of just one infected woman tested positive — and none had showed symptoms.

Altogether, more than 952,000 people around the world have contracted the virus, according to Johns Hopkins University. More than 48,000 have died from the virus and another 202,000 have recovered.

The real figures are believed to be much higher because of testing shortages, differences in counting the dead and mild cases that have gone unreported. Critics also say some governments have been deliberately under-reporting cases in order to avoid criticism.

Frank Ulrich Montgomery, chairman of the World Medical Association, on Thursday called China's recent low figures on coronavirus infections "nonsense," but added that many countries are working with uncertain data.

In Italy, a new study found a hidden toll from coronavirus in the province of Bergamo, more than doubling the official number of 2,060 dead to a new estimate of 4,500.

As hot spots flared in New Orleans and Southern California, the nation's biggest city, New York, was the hardest hit of them all. Bodies were being loaded onto refrigerated morgue trucks by forklifts outside overwhelmed hospitals.

"It's like a battlefield behind your home," said 33-year-old Emma Sorza, who could hear the sirens from Elmhurst Hospital in Queens.

Cuomo said projections suggest the crisis in New York will peak at the end of April, with a high death rate continuing through July.

For most people, the coronavirus causes mild or moderate symptoms, such as fever and cough.

But for others, especially older adults and people with health problems, it can cause severe symptoms like pneumonia and lead to death.

More than 95% of those who have died of coronavirus in Europe have been older than 60 but young people should not be complacent, WHO said Thursday.

"Young people are not invincible," Dr. Hans Kluge told reporters. The U.N. health agency says 10% to 15% of people under 50 with the disease have moderate or severe cases.

Many countries are now modeling their response to the virus after China, which in January closed off an entire province of over 70 million people.

People in Wuhan, once the epicenter of the crisis, are starting to return to work, tracked by a smartphone app that shows if they are free of symptoms.

Walking into a subway station, Wu Shenghong, a manager for a clothing manufacturer, used her phone to scan a barcode on a poster that triggered her app. A green code and part of her identity card number appeared on the screen and a guard wearing a mask and goggles waved her through.

If the code had been red, that would tell the guard that Wu was infected or had symptoms and was awaiting a diagnosis. A yellow code means she had contact with an infected person but hadn't finished a two-week quarantine.

People with red or yellow codes "are definitely not running around outside," said Wu, 51. "I feel safe."